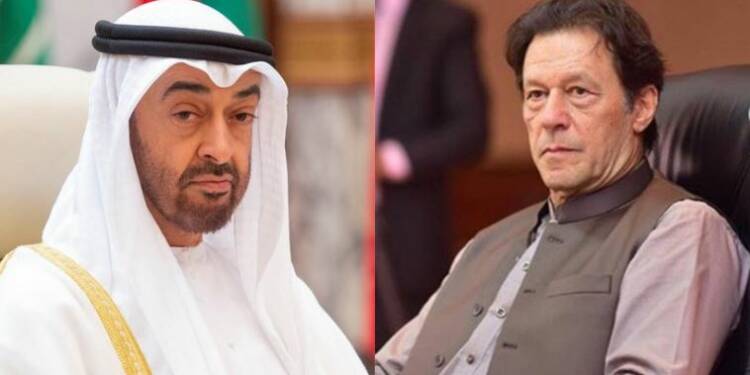 Once again, Lieutenant General Dhahi Khalfan, Deputy Chief of the Dubai Police and General Security, set off a storm with a single tweet. On January 27, Khalfan started a poll on Twitter and said that missiles should be given to the Baloch people in Pakistan so that they can protect themselves. More than 41,000 people participated in this Twitter poll. Although 38.9% agreed with him, 61.1% disagreed. But the message from the UAE to Pakistan here is clear that Balochistan needs to be a new country.

The former Dubai Police Chief’s Twitter poll came days after the funeral of 37-year-old Karima Baloch, the Baloch activist who was found mysteriously drowned at the Harbourfront waters in Canada’s Toronto on December 21. She was laid to rest at her village Tump in Balochistan.

Earlier in January, 11 coal miners belonging to the Shia Hazara community were executed by unidentified attackers in the Mach area of Balochistan, sparking global condemnation.

This is not the first time Dhahi Khalfan has expressed his concerns regarding Pakistan. Khalfan had slammed Pakistan in 2018 by saying, “Pakistanis pose a serious threat to the Gulf societies for the drugs they bring with them… There must be very strict measures against them at the outlets…”

He had further asked his fellow citizens to “not to employ Pakistanis” and called it a “national duty to stop hiring Pakistanis”.

Khalfan’s Twitter poll came amidst strained relations between Pakistan and the United Arab Emirates (UAE). It should be noted that in November 2020, the UAE stopped issuing new work visas to residents of 13 countries, including Pakistan.

At the point, the UAE Foreign Ministry had indicated that limitations on visas were due to the outbreak of COVID-19. However, sources say that, after the signing of the historic US-brokered Abraham Accords, the UAE suspended the issuance of new visas in the wake of warnings about potential attacks on increasing numbers of Israeli people visiting the Arab country.

The UAE has still not lifted the ban, despite Pakistan’s efforts. Foreign Minister Shah Mahmood Qureshi of Pakistan, who visited the UAE in December 2020, was, in fact, unable to persuade the authorities to lift the ban.

With one tweet, the UAE has signalled that the Arab World has had enough of Pakistan. By signing Abraham Accords, the Arab World has made its intention clear. They have made Pakistan realise that on the issues of Balochistan and Israel, both countries stand on two different sides.

Google gave Microsoft just the chance it was waiting for, and Australia is where their revival story begins