Pakistan emerges as the biggest loser in the Abraham Accord era, and it can’t even count on its last friend Turkey 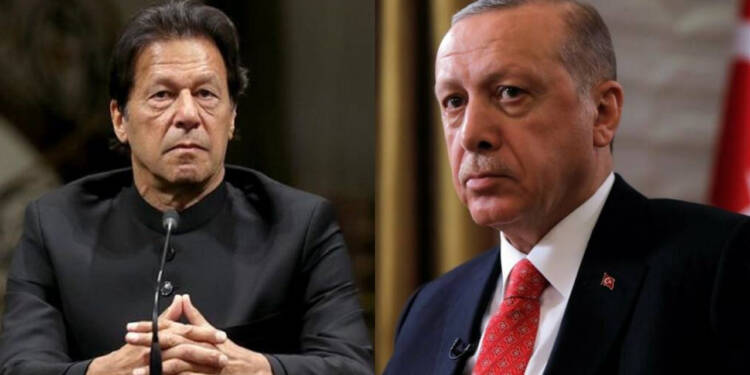 Pakistan’s dreams of getting closer to Turkey have met a painful end after the Gulf Nations dumped it. With the Gulf Nations already racing towards normalizing relations with Israel, Turkey’s desperate need to mend ties with the Jewish nation is a cause for Imran Khan’s tears. His wish of using the Palestine issue as a means to stay relevant in the current geopolitical scenario had a catastrophic death and he can do nothing about it.

The Abraham accord, orchestrated by the Trump administration has brought overall peace to the region. The normalization between Israel and several other Islamic nations became a milestone event in the history of the region if not the whole world. The emergence of new security threats in the region in the form of Turkey’s lean towards Islamic radicalism was the final encouragement towards the rapprochement between the Jewish nation and the Islamic world. The mutually shared concern of Iran’s nuclear program was also another reason for the rise of solidarity between countries representing Abrahamic religions.

Concurrently Turkey has indicated that it is willing to mend the ties with Israel despite the issue of Palestine remaining a sour point between the two countries. But the point to be noted is that Ankara’s relations with Israel offer it much more than the Palestinian solidarity. Turkey had severed its relations with Israel in 2018 after the Trump administration had decided to shift its Embassy to Jerusalem, which meant recognizing the holiest site of the Jews as the de facto Israeli capital.

Read More: Pakistan may become the only nation to sign a peace deal with Israel and still not get any favours in return

In the meantime, Turkey also had a falling with the US because the Erdogan administration decided to follow a more aggressive foreign policy like invoking pan-Islamist nationalism, procuring Russian made S-400 missile system, and interfering in the Armenian-Azerbaijan war. As a result, the US had put severe sanctions on Turkey which crippled the economy. Turkey is now desperate for a rapprochement with Israel and the US since the costs of not doing it are way too high.

The biggest loser in this whole issue has been none other than Pakistan. Islamabad had long desired to play an important role in Middle East politics. Its efforts to keep the Palestinian issue alive received a setback when its only partner Turkey made a fool out of Islamabad and expressed its intentions to normalize relations with Israel.

Earlier Pakistan relied heavily upon the mercy of Gulf Nations which were the main sources of funding for its economy, only in name. Since China is now the undisputed funding agency for Pakistan’s all activities including the ones spreading terror, it stepped out of its capacity and criticised the decisions taken by Gulf Nations. Gulf Nations including the UAE and Saudi Arabia see India as a more reliable and profitable partner than Pakistan which still lives in the illusion of global Islamism.

They had snubbed Pakistan’s efforts to malign India’s image in the Organisation of Islamic Cooperation and Riyadh withdrew the 1 billion dollar loan given to Pakistan. Islamabad could only gather support from Turkey on the issue. But now Turkey has left Pakistan all alone in pursuing Palestinian issues.

Turkey has played a pragmatic and opportunistic game, making Pakistan realise that there are no permanent friends or enemies in geopolitics. What remains permanent is of national interests. Islamabad should now be well aware that Turkey can dump a thousand Pakistans if its interests are not served. And, who knows? Shorty, Pakistan can even be left lonelier in the Kashmir issue?