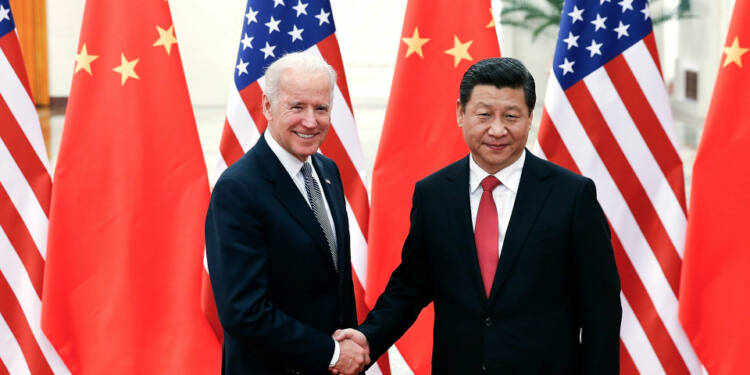 The Biden administration is up to the brim with people with a soft spot for China. The top man himself – President Joe Biden is not very keen on pressing China on issues such as Taiwan, national security or even Xinjiang. Thus, his decision to change the US concept of the Indo-Pacific comes as little surprise as he looks to engage with China for Biden’s vision of a ‘secure and prosperous’ Indo-Pacific.

Before the elections, Biden had taken a very conservative approach when specifying the Indo-pacific region. Trump had used the term “Free and open Indo Pacific” to band US allies together for the containment of China. After the election, almost true to his words, Joe Biden has changed it to “secure and prosperous Indo Pacific”. The change is a signal to all the Indo-pacific states that Washington has a desire to engage Beijing for a peaceful and thriving Asia Pacific.

Biden’s NSA Jake Sullivan had described China as a peer competitor, and an essential US partner. They believe that China is a ‘peer competitor’ with a more formidable economy, more sophisticated diplomacy and more flexible ideology than the Soviet Union ever was.

The term “secure and prosperous” is very different from the “free and open” rhetoric. While “secure and prosperous” offers a more conservative approach, in reality, it offers more space for China to work in. A secure Indo-Pacific would mean a structure including the states which ply their trade in the region inclusive of China.

Beijing has always rejected the use of “Indo-Pacific” and Biden’s decision to make it a closed and secure space will make it even weaker. The terms “secure and prosperous” do not offer a free and open structure but rather a shackled region with closed boundaries and limited participation.

The use of the term ‘secure’ will also make the other nation-states in the region more apprehensive about using the term ‘Indo-Pacific’. A free and open Indo-Pacific sounds more inclusive, accessible and offers more manoeuvring than a secure Indo-Pacific as it will be exclusive and hostile to other states offering a different approach than the major powers in the region, like China.

There is a real threat to the change in the concept of the Indo-Pacific. Biden does not see China as a threat. Since his first day in office, he has made wholesale changes to the US policy on China. This can be reflected by removing the China threat page from the State department’s website.

Jake Sullivan and his pick for the Indo-Pacific affairs Kurt Campbell published an article titled ‘Competition without Catastrophe’ in September/October 2019 of the Foreign Affairs magazine. They outlined that the United States should establish favourable terms with China.

Jake Sullivan had also offered the same approach to Trump in 2018. At the time he had argued that war with China was not ‘inevitable’. He had then said, “U.S. has to lead in crafting the institutions, alliances, partnerships and rules that can make the Asia-Pacific region more secure, more prosperous and more stable.”

He also asserted that shared interests, particularly in the economic realm could become the basis of co-operation between the two superpowers.

By saying that war is not inevitable, Sullivan very easily sidestepped through one of the Basic Tenet of the Realist theory in International Relations i.e., ‘War is Inevitable’, especially between two states with different systems of governance.

Since Biden’s election, China has struck a reconciliatory tone and has called for greater co-operation between Washington and Beijing. The possibility of a China-U.S. dialogue as revealed by World Economic Forum President Borge Brende could perk up hopes to put aside differences.