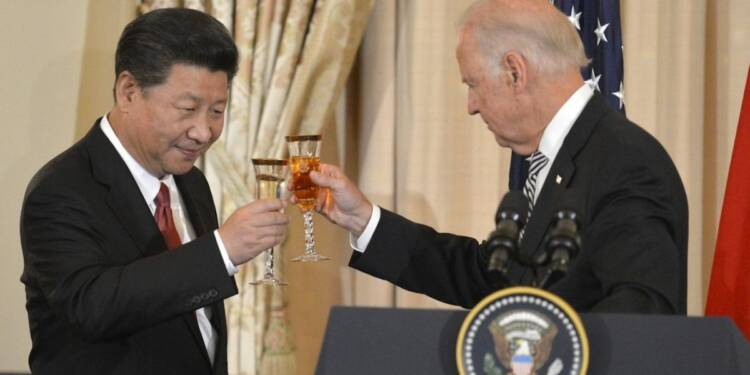 We have really bad news for the democratic world- China’s President Xi Jinping thinks that he can direct Biden’s Indo-Pacific policy. But this is just the tip of the iceberg. The real bad news is that the 78-years old Democrat, who is being projected as the next US President by the liberal media, is letting the Chinese Communist Party decide the course of his Indo-Pacific policy.

Don’t believe us? Well, only last month, we at TFIGlobal reported how CCP mouthpiece Global Times made a peculiar demand of Joe Biden. The Chinese State-owned media outlet advised, “Biden should revamp Asia-Pacific path, ditch Indo-Pacific idea.” Less than a month after China came up with the highly objectionable advice, Biden seems to have unwittingly ditched anti-China “Indo-Pacific” terminology in favour of a pro-China, “Asia-Pacific” language.

In what completely vindicates what TFIGlobal reported last month, Biden came up with a huge shock during the official announcement of retired U.S. Army General Lloyd Austin as his Defence Secretary pick. Biden described Austin as a “trailblazing leader” with “deep experience … in critical Pentagon roles.” We don’t have an objection to this description. After all, Biden does have a right to hard-sell his Defence Secretary pick.

But what is bound to shock Washington’s ‘Indo-Pacific’ allies is that Biden said, “He (retd. General Austin) is just as committed as I am to rebuilding and modernizing those alliances — from the Asia Pacific to Europe and around the world.” Biden has time and again promised that the Indo-Pacific region will be his top foreign policy priority. And barring his chequered history of bonhomie towards China, Biden did promise to keep the paper dragon in check.

But when the real moment came, Biden simply relented in face of Xi Jinping’s ambitions to hijack Washington’s future Indo-Pacific strategy. And just to clarify, Biden’s “Asia Pacific” remark wasn’t just a faux pas or a terrible mistake, rather it actually reflects Biden’s intent to drop the “Indo-Pacific” strategy.

The Biden-Harris transition team also prepared remarks for delivery by General Lloyd Austin. And guess what? Austin’s remarks too echoed, “I understand the important role the department plays in maintaining stability, deterring aggression, and defending and supporting critical alliances around the world, including in the Asia Pacific, in Europe, and around the world.”

So, if a Biden administration actually comes to power, we can expect a dastardly shift in the American foreign policy from Trump’s charismatic “Free and Open Indo-Pacific” doctrine to Biden’s “Asia-Pacific” rhetoric. It was well known that Biden does have a soft corner towards Beijing, but he has kneeled before Xi Jinping even before we would have imagined.

Trudeau wanted to give Chinese PLA an edge over India in cold-weather military tactics. Canadian military foiled his plan