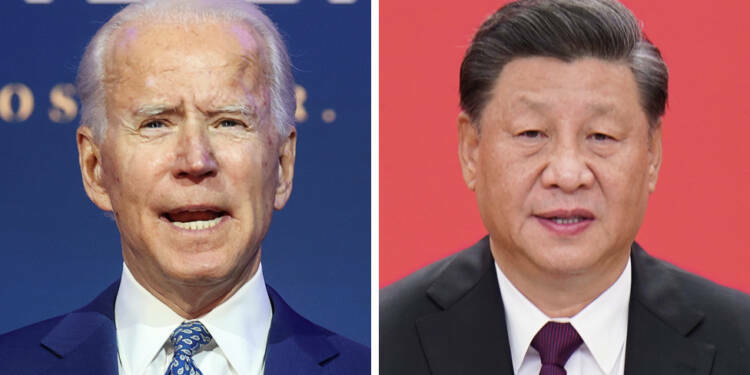 The Chinese President Xi Jinping has finally congratulated Joe Biden and his team for their victory, and as this happened, the Chinese state media opined something really sketchy. China’s state media and official mouthpiece the Global Times has reported that Jinping is persuading Joe Biden to have an Asia-Pacific Policy instead of an Indo-Pacific Policy, which will be in China’s interest. The fact that China still shies away from recognising Indo-Pacific as a concept and uses Asia-Pacific wherever it can signify how momentous this shift will be if it happens.

The Trump Administration was synonymous with the Indo-Pacific strategy; it was his administration and the Foreign Ministry under his auspices that the centrality of India vis-a-vis the region was achieved. But Global Times believes that Jinping will surely persuade the new US administration to adopt an Asia-Pacific policy and China will hugely benefit from this in the ongoing situation, as it will make the Quad redundant among others. The possibility of the Global Times opinion piece may seem absurd, but as it has come in the backdrop of the recent appointment of Jake Sullivan as the new US NSA, who is believed to have a great affinity for China – the point that cannot be overlooked.

Read more: The infamous War Lobby is back in Washington DC and it’s terrible news for the entire world.

As per the Chinese understanding and the Global Times, Indo-Pacific is a geographical understanding, but the Trump administration and its friends in Asia have transformed it into a geopolitical concept. This assessment is a clever way to digress the real catalyst for the creation of the idea of Indo-Pacific that is, the belligerent attitude and aggressive actions of China towards the whole Asia-Pacific, Indian Ocean Region, and the ASEAN member countries.

Xi Jinping and the entire Chinese Communist Party has been highly benefitted with the possible outgoing of President Trump, as with the coming of the Biden administration and the reinstallation of the status quo of people and the war cabinet, the possibility is that the administration will focus more on the Middle East, Afghanistan, and Russia while strategically leaving Asian allies high and dry.

Read more: Joe Biden is all set to undo Trump’s work in exposing China’s stranglehold on the UN.

With the Chinese looking even for a sliver of hope in the hopeless geopolitical situation they have created for themselves, the possibility that Xi Jinping and Beijing can nudge the Biden administration coming January onwards, it may be a very serious issue for the USA’s Indo-Pacific allies. The Chinese are now reaching out to the upcoming administration, with ideas such as ‘both China and the USA need to create a mutual win-win situation’ and terming the possibility of initiation of dialogue – a historic responsibility for the Biden administration if and when it comes to power.

These high handed pieces of advice are a signal towards a sinister plot on the hands of Beijing against Washington. The universities and media houses are already either infiltrated or compromised with the monstrous influx of Chinese investments. These institutions have been compromised to an extent that whenever asked for they will become a tool for pushing the Chinese agenda in the USA. It will be the organisations at the top of the narrative setting a pyramid that will be able to nudge the already soft Biden administration to toe the line of their Chinese benefactors.

The very fact that half of the nation has been mugging up the narrative of the media houses proves the point that China will have a huge influence in the USA and it will leverage that effectively. This is because, under the Trump administration, those who did not believe in the MSM were running the government. But now Biden administration will be the representative of America powered by the people who sheepishly follow the MSM, and it will be easier for China to influence the narrative.

The Chinese are planning something sinister, and given the influence, they are supposed to gain with the coming of Biden administration, it will be highly likely that they will succeed. With the Chinese mouthpiece – Global Times, opining that the USA should move away from Indo-Pacific towards Asia-Pacific, the possibility of it being the agenda becomes clear. Biden administration will try mutual ease of tensions and this might become the scapegoat to reach the diplomatic de-escalation of tensions.