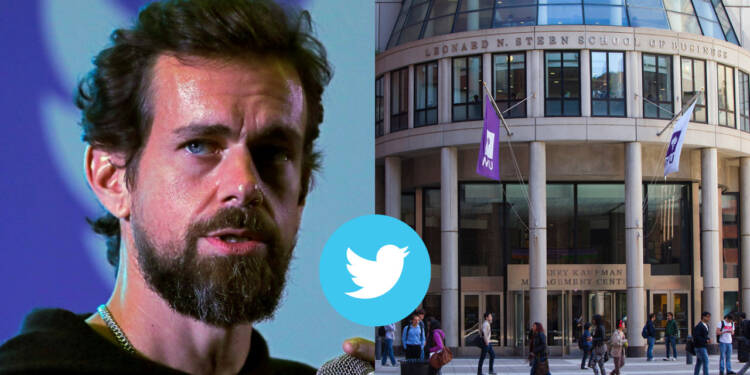 There have been claims and studies to support the rhetoric that social media platforms like Twitter suppress political rights. Thus, to change the narrative NYU’s Stern Centre for Business and Human Rights have come up with their own study claiming the opposite. But there is a major kickback, the study was paid for by a major Democrat donor, and Silicon Valley billionaire Craig Newmark.

The study also claims that the people, mostly the conservatives, who get banned by Twitter are “victims of a mistake”. A mistake which often only targets the Conservatives it seems.

Even before presenting any proof, the study, right from the get-go has gripped to the statement, “the claim of anti-conservative animus is itself a form of disinformation: a falsehood with no reliable evidence to support it.”

The study claims that social media platforms like Twitter gave enough berth to Donald Trump during the 2016 elections. The study also labels Trump’s outreach on social media during his first presidential race as immoral. It outlines, “Going back to before his first run for the White House, the platforms had allowed Trump to spread conspiracy theories, threaten political opponents, applaud armed protesters, and undermine basic democratic institutions like voting.”

Far from being an independent study, it basically justifies the discrimination of the political right on an academic level. Basing the propaganda, that Twitter is not biased and does not discriminate the political right, on a study further underlines the reach, power and the deep stated agenda of the left.

The study has also been funded by a billionaire Democrat supporter Craig Newman. Newman is an American billionaire, internet entrepreneur and philanthropist and the founder of Craigslist. During the election campaign, Newman had donated a mammoth $102,800 to the Biden campaign.

Social media companies have been under fire since they banned the accounts of former US President Donald Trump. In response to Twitter’s decision to exclude him from the platform on January 8, Trump accused the company of “banning free speech” in coordination with “the Democrats and Radical Left.”

Leading Republicans have also pushed the anti-conservative bias of Twitter and other social media platforms. Rep. Jim Jordon speaking at a House antitrust subcommittee back in July last year had said, “Big Tech is out to get conservatives, That’s not a suspicion. That’s not a hunch. That’s a fact.”

This study is an attempt to discredit the views of the right on how social media platforms like Twitter systematically use tools such as shadow banning, temporary bans, permanent bans and even flagging tweets as being manipulative, unfounded or inciting violent behaviour. The study asserts that by circulating claims of Twitter being biased, the Republicans are pushing for the amendment of Article 230.

But social media is now moderating content. Platforms like Twitter and Facebook are banning accounts of the right and promoting the reach of the ideological left. Thus, if there is moderation then it also calls for an amendment. Actions have consequences, right?

The collusion between the Democrats and social media platforms like Facebook and Twitter is a well-known fact. CEOs of major big tech are staunch democrat supporters. Instagram CEO Adam Mosseri had in fact tweeted that social media platforms are not neutral or apolitical and the views reflect on their operations online. This study is just another attempt by the liberal-left to undermine the right through deep reach in the academic world and deep pockets.