‘We are not neutral,’ Head of Instagram finally bares his fangs 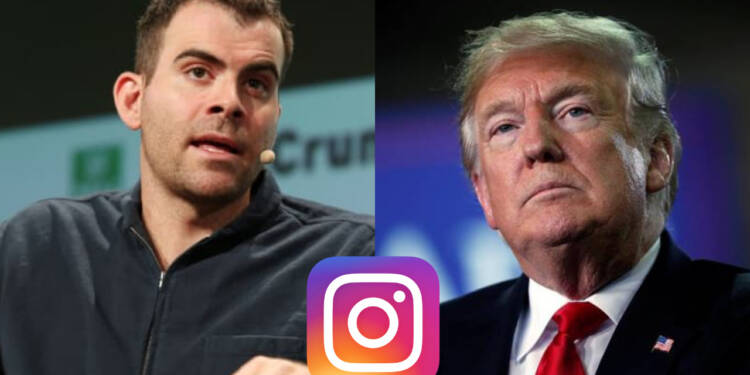 The mask of ‘neutrality’ that social media platforms used to wear is slowly coming off. The liberal or left-leaning bias of such platforms was never in doubt but none from the upper echelons of these organizations openly admitted to their surreptitious beliefs. However, their fangs are openly available for everyone to see as Adam Mosseri, the head of Instagram, on Monday openly admitted that Facebook was not a neutral platform and has its political biases.

In response to a tweet that claimed that Facebook was undermined by its proclivity for appearing neutral, the head of Instagram said, “We’re not neutral. No platform is neutral, we all have values and those values influence the decisions we make. We try and be apolitical, but that’s increasingly difficult, particularly in the US where people are more and more polarized.”

We’re not neutral. No platform is neutral, we all have values and those values influence the decisions we make. We try and be apolitical, but that’s increasingly difficult, particularly in the US where people are more and more polarized.

After the incidents at Capitol Hill last week, the social media platforms have come out with their holier than thou attitude to proclaim themselves as some righteous platforms that believe in the good of the world.

The sudden slew of banning and suspending Trump’s accounts comes at a time when he is set to vacate the White House. The big tech groups have sensed that they have to pander to the whimsies of the Democrats and therefore they are lying prostrate in front of them.

If Facebook was indeed so righteous, it would have shown the resolve to bridge the polarisation in society much earlier. It’s not as if polarisation became an issue in the last one year only and that Trump was the sole reason that American society was divided, more so than ever.

If Facebook did care for the good of people, it would have shown the bravado to ban Trump when he was at the peak of his powers, albeit they couldn’t, for the repercussions of a capitalistic company taking on the President of the most powerful country on planet could have been too heavy to bore.

And just to jog the readers’ memory a bit, we are talking about an organisation that had its hands deep in the Cambridge Analytica scandal that broke out four years back when Trump just took his steps to the White House.

Mark Zuckerberg had allowed large swathes of data to be harvested and sold to political parties so that they could influence voters to their side in the 2016 US Presidential elections. Zuckerberg sold the user’s data blatantly and hence when he tries to play the good Samaritan here, one just can’t help but overlook the facebook’s dubious record.

When America was burning during the Black Lives Movement with the fascist terrorist organisation named ANTIFA, openly instigating riots, Facebook and other platforms preferred to observe a stoic silence, even when ANTIFA had the open backing of Democrats.

Facebook, Twitter, Instagram, and all such social media platforms thrive on hatred and divisive views on any topic. The more the contentions the issue, the more these organisations mint money. Tooting the horn of ‘standing with the right’ is simply being done to keep up with the appearances.

Read More: Presenting Facebook’s fact-checking feature. Brought to you by the Communist Party of China

After Twitter permanently suspended his @realDonaldTrump account, the American President Trump tweeted from the US President’s official @Potus account suggesting he would “look at the possibilities of building out our own platform in the future” and railing against Twitter.

However, Twitter could not gulp Trump’s criticism and the tweets were removed from the platform as soon as they were posted. There is no iota of doubt that Twitter has an inherently left-wing bias.

Reported by TFI, its founder Jack Dorsey has openly admitted on the record that conservatives fear to voice their opinion within Twitter itself as the left-wing employees outnumber them and further dominate them.

The banning of a state head from a social media platform is a precedent that had never been set before. However, with the line being crossed now, we have entered into an era where Social media platforms like Instagram have become the judge, jury and the executioner, essentially laying the foundation of a nanny state.

Consequently, Donald Trump has indicated that he will put his resources into developing a social media platform that adheres to the voices of the conservatives and those who are flung away by the left-liberal cabal on platforms such as Twitter and Facebook.

The admission by Instagram head Adam Mosseri further cements the fact that only one particular ideology can stay, thrive, and flourish on social media platforms. The next four years could be dystopian for American society as the Democrats colluding with Silicon Six try to stomp on the beliefs of individuals at the opposite end of the spectrum.