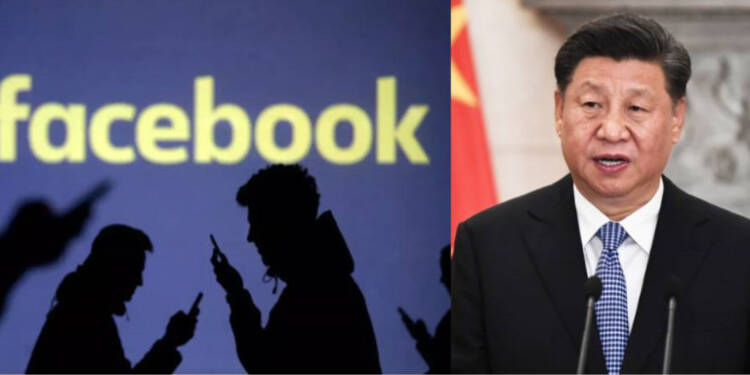 Just months after discovering ties between The Chinese Communist party and major American Media houses, it looks like the CCP also fills up the coffers at Facebook. Although Facebook depicts its army of independent fact-checkers, at least one such fact checker is tainted with CCP money.

Facebook employs fact-checkers, to ‘reduce the spread of disinformation’. But it should have fact-checked the fact-checkers before hiring them as one such company called Lead Stories is partially funded by the CCP via TikTok, and in the last few months have been censoring and flagging news stories related to “voter fraud allegations”. Amid rising tensions between the two countries, the Trump government has been cracking the whip on every organization that is associated with the CCP and is operating on US soil.

Lead Stories, one such Facebook fact-checker, is partially compensated through a collaboration with TikTok, a social media site owned by a Chinese corporation that owes its loyalty to the Communist Party of China (CCP). U.S. authorities are currently investigating TikTok as a threat to national security.

Besides, Poynter Institute, another TikTok affiliate, runs the agency that is expected to oversee the standard of fact-checkers.

Read More: A shocking leak reveals that CCP has planted 1.95 million of its members into the world leading tech, media and other firms

Byte Dance has a contract with Lead Stories for “fact-checking related work”, which refers to TikTok’s announcement earlier in the year that it has partnered with several organizations “to further aid our efforts to reduce the spread of misinformation,” particularly regarding the CCP virus pandemic, which originated in China and was exacerbated by the CCP regime’s coverup.

Facebook collaborations for fact-checking have been criticized for promoting censorship. A post that is flagged as false by partners not only comes with a warning mark and a link to the fact-check but Facebook ” significantly reduces the number of people who see it,” says the company on its website.

The fact-checkers determine what content to check and what is wrong and why. Any appeals relating to the verdict have to be made to the fact-checkers, who do not readily reverse themselves, even though they need fact-finding checks themselves. Lead reports have recently concentrated on disputing electoral fraud allegations that contribute to Facebook censorships over claims of voter fraud.

ByteDance says its TikTok services are hosted in the United States with backups in Singapore. The CCP maintains a close relationship with the Singaporean government.

Moreover, The Guardian reported in September 2019 that TikTok instructed its moderators to censor certain videos that mention issues that the Chinese regime considers “sensitive,” such as the Tiananmen Massacre and Falun Gong spiritual practice that has been severely persecuted in China since 1999. In the article, the specifics of the moderation guidelines were dependent on leaked documentation.

Chinese companies have to follow the Party line; Yiming Zhang, the founder of byte dance, has been under fire from the CCP, due to his perceived lack of enthusiasm for the CCP’s censorship. In 2018, CCP officials brought down Zhang’s Neihan Duanzi (‘Insider Jokes’)’ comedy and meme app. Zhang released a letter of self-criticism in addition to his adherence to the Party agenda.

Read More: Trump sanitises the US of all Chinese propaganda, terminates cultural exchange programmes with China

The Trump administration is at war with the spread and rapid rise of Chinese propaganda and they firmly believe that TikTok is a national security threat and have taken steps to ensure that other organizations affiliated to the CCP are structurally brought down, especially those which operate on the US soil.