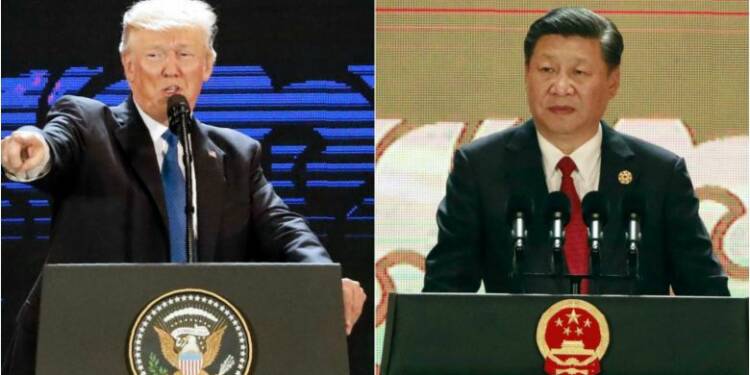 The USA has been busting Chinese spy racket along with the Communist Party of China’s intelligence network in the USA. And as the people are getting caught, many have already left for China. These spies in the cloak of researchers and students have been leaving the USA in the fear of the Trump administration’s actions catching up to them. As per media reports, around 1000 Chinese military-linked researchers have left the USA since the crackdown on the Chinese military officers which commenced in the summers.

The latest reports shed light onto the spider web of the interconnected intelligence network that it had created. Earlier this year, to say the least four Chinese researchers were charged with visa fraud for allegedly lying on their applications about their status as current members of the People’s Liberation Army (PLA). One of the caught researchers was harboured by the Chinese consulate in San Francisco.

Earlier, the Trump administration had ordered the closure of the Chinese consulate in Houston, after the spies of CCP were caught attempting to steal American COVID-19 vaccine research. Subsequent to the closure, Chinese officials were also seen burning files in the Consulate’s premises, while also denying entry to firefighters and law enforcement agencies.

Read more: As NYPD officer gets caught spying, the US may shut the Chinese consulate in New York too after Houston.

As per John C. Demers, Assistant Attorney General for National Security, those that were arrested are just the tip of the iceberg, and will most probably lead to an investigation that uncovered the vast network of suspected undercover PLA researchers across the country.

“Between those … arrests, between the dozens of interviews that the bureau [FBI] did with other individuals who were here in similar circumstances, and then, ultimately, the closure of the Houston consulate to disrupt both foreign influence activity and economic espionage activity, more than 1,000 PLA-affiliated Chinese researchers left the country,” the Assistant Attorney General explained during a virtual discussion.

He added, “They were part of a Chinese government effort to send these individuals here, and to send them here without disclosing their identity.” As these arrests and investigations by U.S. authorities were taking place, the Chinese regime instructed the researchers to continue hiding their PLA connections, Demers said.

The FBI Director Christopher Wray had himself raised alarm over this issue saying, “This one to me really stands out as the greatest long-term threat to our nation’s information and intellectual property, and to our economic vitality.” These statements by multiple government officials signal towards the significance and scale of this Chinese operation of all sorts.

Read more: ‘They are spies, not students,’ All this while the USA was just talking. Now, it is hunting down China’s entire spy network.

The Trump administration has been acting against these activities and their perpetrators in godspeed. In yet another effort to safeguard American technology, Trump issued a proclamation barring entry to Chinese students at the graduate level or higher, who were affiliated with institutions that support the Chinese regime’s “military-civil fusion strategy.” The strategy dictates that China’s private sector be leveraged to help the PLA’s technological development. As per the reports stating US government, from June to Sept. 8, the State Department revoked more than 1,000 visas of Chinese students with military links falling under the presidential proclamation.

These actions are not the last; they are just the beginning to the long array of busts that the different departments of the US government will possibly make. With the fact that one-third of foreign students studying in the US are from China, it can’t be denied that they bring people with them to work in the USA. Thus, as the official had said above, it may be just the tip of the Ice-berg; one should take it in all literal sense.

‘Will follow Trump’s China policy when I come to power,’ Biden gives his supporters a dose of reality