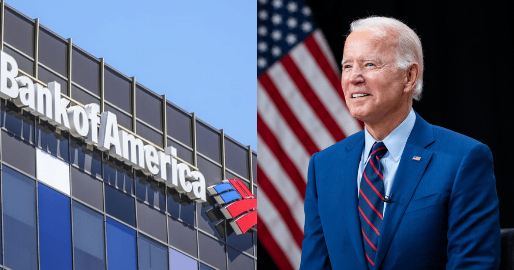 The actions taken by the new US administration within such a short span is doing more damage to the belief and confidence that people have on the idea of the United States of America. Although, it had become obvious that the Biden administration is all set to ostracize the fringe, but it is turning out something way worse. The fact that USA’s government is sacrificing the federal structure and using the hate to increase the wedge within the USA, things are going to get worse. The Biden administration has now found the best pretense for killing any sort of opposition that they face in the United States of America. And the Capitol Hill incident, which briefly prevented the counting of votes for Electoral College, left five people dead and resulted in the second impeachment of Trump.

However, this has gone way beyond the crackdown on the people who were involved in riots, to cracking down on the whole lot who came to support the Trump administration and were peacefully protesting. At the request of the FBI, Bank of America allegedly snooped through information of anyone making certain purchases in and around Washington before and after the riots, and handed over the information of 211 people, according to Fox News’ Tucker Carlson.

As per reports, “Tucker Carlson Tonight” has exclusively obtained evidence that Bank of America, the second-largest bank in the country with more than 60 million customers, is actively but secretly engaged in the hunt for a loose definition of “extremists” in cooperation with the government. Bank of America is, without the knowledge or the consent of its customers, sharing private information with federal law enforcement agencies. The Democrats and the Biden-Harris administration is very confident in capitalizing the wedge which has been created within the country, to isolate a group of people, more specifically, Trump supporters and use the Capitol Hill as a pretense and terming everyone White Supremacists.

The problem becomes evident, who defines white supremacy and how is it any different from the left-wing extremism, of which the Antifa is a living embodiment. And how one can term a whole voter base as terrorists in the very country that they have been calling their home for centuries. The bigger concern is that the US government too very soon emulate this decision and try to stifle the voices of millions of people who voted for Donald Trump as racists, bigots and white supremacists. This is the exact idea which left propounds, but tweaked to suit their political situations.

The media is already doing extra time to turn the narrative. As the New York Times said, “The shift to private messaging has renewed a debate over whether encryption is a double-edged sword while the technology prevents people from being spied upon it may also make it easier for criminals and misinformation spreaders to do harm without getting caught.”

It is to be noted that criminals and misinformation spreaders are in the same sentence. What’s a misinformation spreader? The term does not have a universal understanding and the fact that it is propounded by a corporate with its interests, gives force to the view that they term will be used to target somebody that doesn’t agree with the “New York Times”. Here we are not saying the violent extremist are not dangerous, they are dangerous. However, the concerning part is, according to democratic party, we need to start screening the social media accounts of people who work for the government just to make sure. So, it’s time for the US citizens to open their eyes and recognize what’s going on. This hunt for the insurrectionists is a façade to hid the true intent to kill any sort of political opposition and bring USA closer to the democrat socialist panacea.