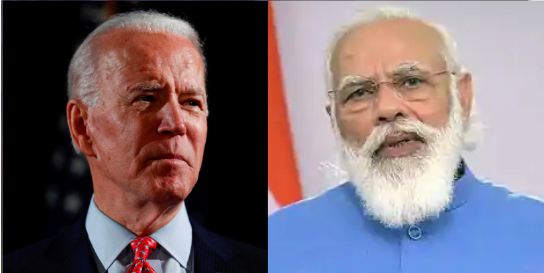 Joe Biden was inaugurated as the 46th President of the USA on January 20. However, a little more than two weeks after assuming charge in the Oval Office, the Biden administration has somehow managed to muddle up the relation between India and the US.

Reported by TFI, the New York assembly has passed a resolution calling on Governor Andrew Cuomo to declare February 5 as Kashmir American Day. New York is a Democratic stronghold and one of the three largest Democratic states alongside California and Illinois.

The resolution, sponsored by Assemblyman Nader Sayegh and 12 other lawmakers, states that the Kashmiri community has overcome adversity, shown perseverance, and established themselves as one of the pillars of the New York immigrant communities. It adds that the State of New York endeavours to champion human rights including the freedom of religion, movement, and expression for all Kashmiri people.

In nutshell, the resolution of the Biden administration is an indirect dig at the Indian government for abrogating the regressive article 370 and bifurcating the state. The vested interest groups cannot fathom that Kashmir, some 70 years after India’s independence has finally been assimilated into the normal and thus are going out of their way to malign the image of a unified India.

Interestingly, Feb 5 is marked by Pakistan as ‘Kashmir Solidarity Day’. Thus, by passing the resolution, the Biden administration has shown its true colours and where the allegiances of the Democrats lie. By toeing the line of a radical Islamist country, the US has done no favours in building ties with India.

Then comes Meena Harris whose designation is simply ‘Niece of the Vice President of the USA’. Meena has spit venom against the Indian government and especially against Prime Minister Narendra Modi with such verbosity that experts are claiming that she indirectly has the support of her aunt, who is pulling the strings from behind.

Reported extensively by TFI, if Meena Harris continues to spit venom like she has been doing up until now, the Indian government will be forced to take a sterner approach towards her and that could upset the relations between Washington and New Delhi. Kamala Harris should call her niece and tell her to ease up a little.

Read more: Kamala Harris should ask her niece Meena to shut up or her tweets have the potential to sour the relations between India and the US

The mask that Democrats had on their faces all the while, that they were courteously wooing the Indian-American community during the Presidential elections, has started to come off now. The Indian-Americans who donated and voted generously for Kamala Harris owning to her Indian roots must be fuming at their error in judgment.

Thirdly, as much as Joe Biden loves China and its President Xi Jinping, he still has to put up a façade of competing with China, or otherwise, it will be political suicide for him to break bread with Beijing. There is a reason why the US State Department has come up with a unique terminology to describe China as a ‘strategic competitor’. The lexicon plays safe and gives a wriggling room to Biden to put up a fake fight against China.

Most of the work Trump had done to keep China in check, has been undone by Biden in the few days since he has been in power. And before the four years pass and America wakes up to a resurgent dragon, its best bet is to side with India to keep Beijing at bay.

However, if the US continues to antagonise India, New Delhi will have no choice left but to give Washington a cold shoulder and chart its own path, devoid of any collaboration with the US.

While “Secure and Prosperous” offers a more conservative approach, in reality, it offers more space for China to work in. A secure Indo-Pacific would mean a structure including the states which ply their trade in the region, inclusive of China.

The US is pushing for a meeting of the Quad, allegedly after Japan pressurised it. But with Joe Biden and his coterie of Democrat super intellectuals making an absolute hash of the definition of Indo-Pacific, New Delhi might even opt-out to walk out of the arrangement.

New Delhi has the steely nerves to take the tough calls if its interests are in any way compromised. We saw it with RCEP and the Quad can head down the same path if the Biden administration doesn’t clean up the mess it has spilt in the last two weeks. The coming few months will be a litmus test for the Democrats regarding their devotion towards strengthening India-US bilateral ties. However, with whatever we have seen and observed in the last two weeks, it would be safe to assume that none of us should get our hopes up.