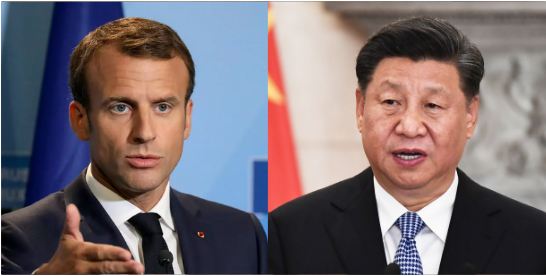 The latest challenge to the Chinese Communist Party and Xi Jinping comes from a country that they never expected to become so overtly vocal against its excesses. However, France under the Macron administration has confirmed its arrival in the Indo-Pacific from time to time and the latest action is just to highlight the fact to the concerned countries. A French nuclear attack submarine was among two navy ships that recently conducted a patrol through the South China Sea, its defence minister announced, in a move likely to anger Beijing, which claims most of the strategic waters as its territory.

Xi Jinping for a long time considered France as the second fiddle in the European Union and being next to Germany an indifferent ally. However, since the launch of France’s Indo-Pacific policy way earlier and the actions ranging from multiple bilateral and trilateral and overt policy positions last year, or be it this submarine move just recently, France has time and again made it its priority to make China know that they are here to stay and will ally with countries to safeguard their Economic Zones as well as other interests in the region.

The SNA Emeraude was accompanied by support ship BSAM Seine for the passage, Defence Minister Florence Parly said on Twitter late Monday. “This extraordinary patrol has just completed a passage in the South China Sea. A striking proof of the capacity of our French Navy to deploy far away and for a long time together with our Australian, American and Japanese strategic partners,” she tweeted along with a picture of the two vessels at sea. Parly added that France had exclusive economic zones in the Indo-Pacific region, and intended to protect its sovereignty and interests there.

Earlier, late last year, India had brought back the effectively dead Indian Ocean Rim Association to life and the inclusion of France as a permanent member to the grouping was the highlight of the event and was the example of one of many Indian efforts to limit Chinese expansionism and hooliganism in the region.

The United Arab Emirates hosted the 20th meeting of the Indian Ocean Rim Association council of ministers virtually. India welcomed France into the grouping with open arms and pushed forward the need of the hour to address the urgent Chinese threat. France, which is a big and global naval power has been on the same page with India on a plethora of issues like radical Islamic terrorism and the need for diversifying the global supply chains.

Read more: As India revives the IORA, France joins the massive multilateral grouping in a major setback to China.

As per reports, NATO member France has exclusive economic zones in the Pacific around its overseas territories and has stressed the importance of defending the freedom of navigation in the region. “Why such a mission? To enrich our knowledge of this area and affirm that international law is the only rule that is valid, whatever the sea where we sail,” Parly tweeted.

At a time when Joe Biden is showing signs of normalising relations with the Chinese Communist Party, Emmanuel Macron is showing the way for the anti-China front. This must be really infuriating for the Chinese as the French under the able leadership of Macron has metamorphosed from an indifferent Chinese ally to Jinping’s bête noire.