Jacinda Ardern tried to teach Australia how to behave with China, now Xi Jinping rewards her for loyalty with seafood import ban 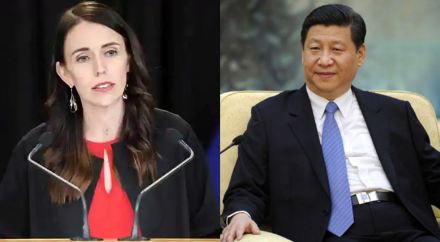 One of the most used phrases is ‘what goes around comes around’, and it fits perfectly with the situation in which Jacinda Ardern has brought the whole of New Zealand. It was not long ago, when a senior New Zealand minister advised Australia to “show respect” and act more diplomatically toward China. It was an obvious sight of New Zealand doing the bidding for the Chinese Communist Party and lecturing Australia, which is supposedly a long-standing ally.

However, the Jacinda government has fallen from cloud nine as the Chinese have shown them their place. According to latest reports, New Zealand has sought clarification from Chinese authorities after being informed that exports from two of its seafood facilities had been suspended. China has suspended the exports from New Zealand, without even consulting them, at a time when they were lambasting their allies while sucking up to Beijing.

Exports from a facility in Sanford that processes mussels and a Sealord Group facility that processes finfish and fishmeal for animal feeds were suspended on Wednesday, New Zealand’s ministry for primary industries (MPI) said in a statement.

China-Aussie relations have taken a turn for the worse ever since the pandemic hit. Australia’s comments for an open international investigation started a debacle in diplomacy between the two states. It further exaggerated as Beijing imposed unofficial trade sanctions to hurt Australia but to no avail. Despite sharing a special relationship, New Zealand refused to criticise China on its animosity towards its ‘friend across the ditch’ and have tried to please its Chinese friends by asking Australia to “show respect” to the Chinese.

In an effort, to reduce trans-Tasman tensions, the Minister of Trade of New Zealand phoned his Australian counterpart when he suggested Canberra to “show respect” and behave more diplomatically towards China. Damien O’Connor, the NZ minister, had angered some Australian government members with remarks he made in a Wednesday television interview when asked about his country’s offer to mediate between Canberra and Beijing.

Instead of presenting a solid unified stand against China with the other members of the five eyes alliance, New Zealand opted to cower in face of China’s aggression and had even tried to become a pawn of the Chinese. Jacinda was so smart that if it becomes a slave of the Chinese out of their own free will, then Xi Jinping will shower support and monetary assistance to the New Zealanders. But, instead of any of that, China has suspended the sea food exports from New Zealand.

China has become New Zealand’s largest trading partner, with annual two-way trade of more than NZ$32bn ($21.58bn). Around 35% of New Zealand’s seafood is exported to China, local media reports said. And in such a situation, they hold them by the neck. Thus, New Zealand has landed itself in a fix, by ditching its long-standing allies and getting schooled by the Chinese. It will be interesting to see how things pan out going ahead.