The Democrats' nightmare lives on 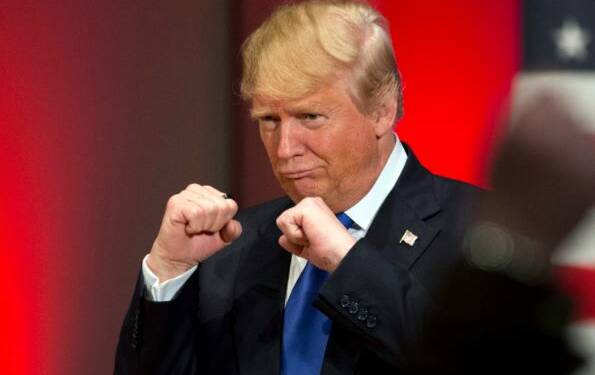 Democrats had their worst four years with Donald Trump in the White House. No matter what they did, he did not budge from his commitments, making him their worst enemy.

This is why in the senate they tried their level best to impeach Trump, but they failed miserably. The former president was acquitted on the charge of “incitement of insurrection” with 57 senators voting to convict and 43 voting to acquit. Sixty-seven votes, that is, a two-thirds majority was required for conviction. And so the Democrats failed to take Trump down. The Democrats stepped back and Donald Trump’s trial ended fast with a victory against the witch-hunt.

Former President Donald Trump on Saturday thanked his lawyers and senators who voted against his impeachment. He said, “I want to first thank my team of dedicated lawyers and others for their tireless work upholding justice and defending truth.” Trump added, “My deepest thanks as well to all of the United States Senators and Members of Congress who stood proudly for the Constitution, we all revere and for the sacred legal principles at the heart of our country.”

The Democrats tried their level best to present compromised facts and shame President Donald Trump during the impeachment trial. However, with the acquittal, he has come out stronger than ever.

The Republican defence of Donald Trump was an all-out attack that showed the mirror to the Democrats who were trying to frame the former US President based on doctored or half facts.

Trump’s defence used videos as a tool to shame and expose the democrats in the house during the impeachment trial. And all of this worked fabulously as the Democrat’s charges were all weak and without any substance.

Democrats themselves had put all their weight behind the impeachment trial against Donald Trump. From removing him from all social media like Twitter and Facebook to trying to get him convicted and disqualified for the next election, the whole left-dominated establishment tried its level best to destroy Trump’s political run. They feared Trump getting back into politics and winning the 2024 Presidential elections which is now a real possibility.

These dreams of the Democrats have been crushed and given Biden’s already deemed controversial government, they will most probably have nightmares.

Democrats’ attempts were backed by American talk show hosts and mainstream media channels like CNN and NBC. The fact that they made large swaths of people believe that the trial even had a chance when in reality it never did.

So, while Biden fails to control issues like COVID-19 and gun violence, apart from failing on the foreign policy front, all that you will hear about is Trump and he will be missed. His popularity will rise up again.

Although Democrats tried everything imaginable to try and impeach Trump, they were just trying to sail a sinking ship and they failed. The Biden administration was able to come to power was because of some undecided constituencies and a huge PR campaign against Donald Trump. And how the Biden administration is panning out, it is going to face really bad days going ahead. A far-left turn in domestic social issues, extensive use of executive orders, and Biden’s weak stand against hostile powers like China, will steadily discourage a large US population from voting Democrat again in 2024. The failure of long-cherished Democrat-ruled states like California and New York has people questioning, “Is the Democrat pitch for socialism really worth it?”

In addition to this, the foreign policy of the Biden administration is an utter disaster in itself. In an attempt to undo the foreign policy path that Donald Trump had traversed, Democrats are destroying the alliances and friendships which took decades to build and nurture. He is leaving allies at the mercy of China. Biden is also going soft on China and as Xi Jinping comes to the USA in 2024, people will not even think twice before voting for Donald Trump.