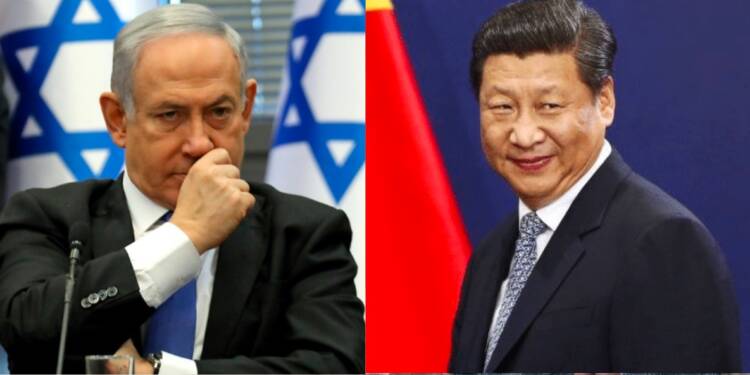 Israel has inadvertently, and unconsciously ended up gifting its unique ‘suicide-drone’ technology to an “unnamed Asian country”. This unnamed Asian country, which seems to have a rather unique fetish for stolen defence technology had reportedly lured over 20 Israeli citizens, including veterans of the Israeli defence industry to develop, manufacture and trade such illegal weaponry. However, which Asian country do you think used this illegal method to gain Israeli defence technology for itself? Which Asian country is the cloning capital of the world – in all sectors under the sun? It does not require an incredible genius to realise that this Asian country is none other than China.

According to a Shin Bet (Israel Security Agency) statement released on Thursday, the agency discovered during the investigation that the suspects were developing, manufacturing, conducting tests and illegally selling loitering missiles to a country in Asia. This country is widely reported to be China, as no other Asian country, except Pakistan perhaps, would have to work illegally to procure weaponry from Israel. And since Pakistanis would rather die than use Israeli weapons, the “unnamed Asian country” is indeed China.

The Israeli Police have stated that a group of 20 Israelis, in the know of high-end defence technologies, had secretly received instructions “from entities related to the same country,” in exchange for “considerable funds” paid to them, as well as other undisclosed benefits. Within Asia, some countries use the Israeli ‘suicide drone’ called ‘Harop’, including some very close allies of the Jewish nation.

In this context, leakage of such sensitive weaponry and technology to China can very well anger many of Tel Aviv’s friends around the world, especially in Asia. The group of 20 Israelis are now being investigated and will face severe punishment for threatening their country’s geostrategic standing across the world.

💥 It turns out China is that Asian country.

It must be remembered that China getting hold of such technology threatens to alter geostrategic equation not just in Asia, but across the world at large. It is no secret that China and Iran are now in bed together, and a transfer of such illegally-acquired technology can gigantically equalise the power asymmetry scales in Tehran’s favour.

It is also likely that such technology is shared by China with its vassal states – Pakistan and North Korea, to take on India and the US respectively. All this would have started because Israel failed to keep its defence technology secure, something which would have devastating consequences for Tel Aviv in the worst-case scenario.

Israel’s ‘suicide drones’ are fast becoming a global sensation due to their small build, unprecedented manoeuvrability, extremely low detection rates and seamless manual controls, which also facilitate for operations to be aborted at the very last moment.

The development comes as a reminder for the world at large, and Israel particularly, that ties with China – both over or covert, can have devastating consequences. There is an urgent need for the democratic world to insulate, secure and make its defence-sector air-tight because the Chinese are always around the corner trying to steal technologies they cannot develop on their own.