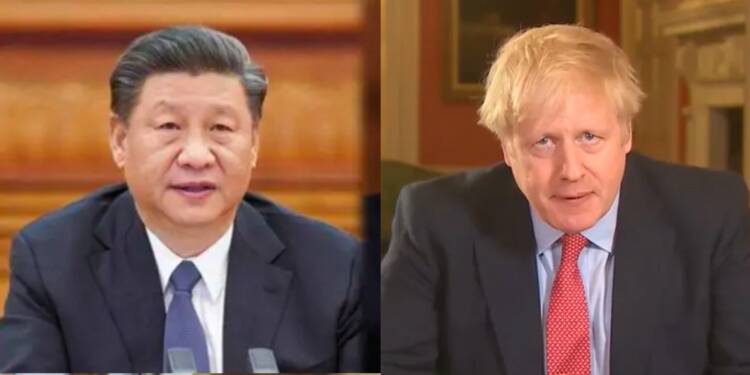 The UK, under the leadership of Boris Johnson, has been exemplary for the western nations concerning how he has dealt with the Chinese Communist Party. The latest comes with the Members of Parliament (MPs) in the United Kingdom who have called on the government to stamp out investments of China and Russia in the defence supply chain.

This comes after a parliamentary inquiry into foreign involvement in the UK defence supply chain was conducted, which concluded that tougher measures were needed to protect companies from “hostile foreign ownership,” reported The Financial Times. This comes just days after what was a massive blow to CCP, where the UK banned the telecast of Chinese propaganda outlet CGTN. UK media regulator Ofcom has withdrawn the license of CGTN, after which the channel has gone off-air with immediate effect.

These back-to-back offensives have rattled China. Beijing has nothing to make UK listen to its demands, which is courtesy to BREXIT. According to conservative MP and chair of the House of Commons defence subcommittee, Richard Drax, “Investment in the defence supply chain from all countries that fall outside of an approved list, including Russia and China, must be barred”. No British company should be left with the choice of either going under or accepting hostile foreign investment, Drax was quoted as saying.

The inquiry pointed out that Chinese investors acquired six UK companies listing defence as a key business area over the past decade, the report said. The emergence of Boris Johnson comes at a time when the world desperately needs a strong western leader to stand up to China.

With Biden in the White House, countries around the globe, along with the staunchest US allies, are apprehensive that Biden’s policies will be an unneeded departure from the Trump era.

This is because, Biden has already indicated that his stance on China, despite his aggressive rhetoric, will be soft, co-operative and non-confrontational. This will result in increased Chinese belligerence, animosity and an increase in hostile Chinese diplomacy, which is where the strong leadership of UK PM Boris Johnson needs to come into play.

Read more: After Trump’s exit, Boris Johnson has become the most anti-China world leader in the West.

As things are panning out, United Kingdom is setting the best example for the European countries to follow. The UK is also conducting a crackdown on the Chinese intelligence network which is being built in the UK. The country has waged a war against Chinese propaganda and Chinese spies dwelling inside their traditional borders. Now, China is using the biggest professional platform – LinkedIn, to recruit spies in the UK.

The Ministry of Defence should “urgently assess the implications of Chinese ownership of the companies listed within this report,” the report quoted MPs as saying. The UK government seems to be taking this very seriously. It has taken a more assertive stance on potential threats posed by Beijing in the forthcoming defence and foreign policy review and the same has been echoed by the report.

Amid WHO’s flip flops, reports about sold out investigators and infighting, experts around the world point at WHO’s fraud