Amid WHO’s flip flops, reports about sold out investigators and infighting, experts around the world point at WHO’s fraud 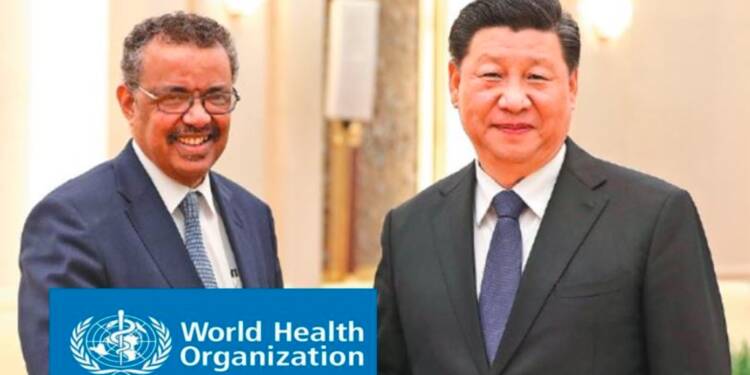 The shoddy investigation by WHO regarding the origins of the coronavirus pandemic in mainland China has raised more than a few eyebrows across the scientific community. While some reports suggest that Chinese officials did not let the WHO scientists complete their research freely, some other media reports quote WHO officials as saying that the Wuhan virus did not originate from the Chinese labs.

“Our initial findings suggest that the introduction through an intermediary host species is the most likely pathway and one that will require more studies and more specific targeted research,” WHO food safety and animal diseases expert Peter Ben Embareksaid at a news conference last week.

However, a New York Times report paints a different story altogether. The publication quoting independent investigators for the WHO cites that the Chinese scientists refused to share raw data that might bring the world closer to understanding the origins of the coronavirus pandemic.

“Chinese officials urged the WHO team to embrace the government’s narrative about the source of the virus, including the unproven notion that it might have spread to China from abroad, according to several members of the team,” read the newspaper’s report.

Thus the question is raised – if the scientists did not get their hands on the requisite data, then how come WHO made the sure-shot announcement that Wuhanvirus did not leak from Chinese labs? The contradictory statements do not add anything more to the credibility of WHO, albeit further degrades its reputation which already has taken a beating the previous year for allegations of collusion with China and hiding the severity of the virus.

Moreover, questions have been raised on the credibility of one of the scientists that were part of the WHO group that undertook a visit to China and concluded that the COVID-19 outbreak almost certainly did not start in a Chinese lab.

Peter Daszak, one of the scientists in WHO’s touring party, has come under the scanner for his alleged connections to the CCP. It is pertinent to note that Daszak is the President of EcoHealth Alliance, an organisation that worked within China for more than a decade and in close proximity to the Wuhan Institute of Virology – the supposed epicentre of the Wuhanvirus.

Although Peter’s organisation got federal grants from both Beijing and Washington, one cannot help but overlook CCP’s tactics of ensnaring US scientists by stuffing their mouth with Yuans for a favour.

Look who is talking… And WHO “experts” defending each other… pic.twitter.com/ZXBL5A9Jix

His position at EcoHealth Alliance and the history with China has put him in a direct conflict of interest position, and thus it can certainly not be ruled out that he might have been partisan in the WHO research findings.

Numerous experts around the globe have been critical of WHO’s findings and have held back no punches and questioned the integrity of WHO as an organisation.

“The WHO investigation is a masquerade. There are so many conflicts of interest and obfuscation that it is as if you asked Hassan Rouhani to lead an international check on Iran’s nuclear programme. The WHO is committing credibility suicide,” said Bruno Canard Structural virologist and director of research of France’s National Centre for Scientific Research.

“The investigation served China’s purposes by delivering precisely the outcome it wanted since the WHO was saying things such as the need to investigate frozen food transmission and suggestions the virus came from another country while ruling out a lab leak,” said Alina Chan Molecular biologist at Broad Institute of Massachusetts Institute of Technology.

The WHO has once again shown that is the lapdog of Xi Jinping and his communist party. The findings of the world body are as inconsistent as a toddler trying to write the alphabet in a single straight line. The world needs an independent investigation into the issue, not a PR stunt funded by the money funnelled by Chinese overlords to the WHO.

‘They made me a spy,’ Chinese spy recruiters have been hiding in plain sight on Linkedin