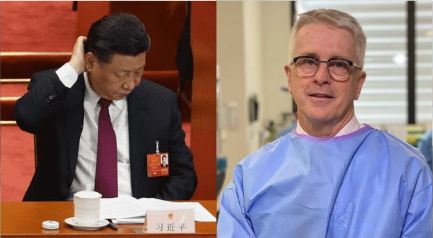 The month-long WHO investigation concluded as expected. China was absolved of the blame for the origin of the virus. But an Australian scientist appointed to the World Health Organisation (WHO) team investigating the origins of the CCP virus has said he thinks the contagion originated from bats in China.

After returning home from the month-long inquiry, Prof. Dominic Dwyer, a Sydney based microbiologist, told 9News that there was “very limited” evidence that the virus emerged outside China. “There’s some evidence, but it really isn’t very good,” he said.”

He concluded that the Wuhan virus is closely related to viruses often found in bats.

He thinks that the virus was in circulation for several weeks before the Huanan Seafood Market outbreak in Wuhan, which he described as an “amplifying event.”

Talking about the investigation, Dominic Dwyer said “On the ground, the team of scientists put aside their national differences and worked together well, but Dwyer said there were “firm” and “heated” exchanges with the Chinese team.

“One of the core differences [of opinion] was trying to get agreement on what was happening just prior to the outbreak in the market in Wuhan,” Dwyer said.

He said the Chinese were “very keen” on the idea that the virus was introduced to the Wuhan wet market at the time of the outbreak, but genetic analysis of the viruses provided evidence that it was likely circulating “from mid-November, early-December.”

After the investigation, Dominic Dwyer concluded that “there must have been many many more cases in December than were identified.”

Moreover, a member of the WHO’s investigative team on their trip to uncover the origins of COVID-19 had accepted research grants from the Chinese Communist Party and runs a controversial U.S.-based organization that collaborates with the Wuhan Institute of Virology.

Their claims echo Chinese Communist Party narratives, and Daszak himself implored the world to not “rely” on U.S. intelligence for it is “wrong on many aspects” and “politically charged.” He has earlier said that there is no conflict of interest despite having worked with the Wuhan Lab for nearly two decades.

Thus, Dwyer’s admission is essential. But what also needs to be noted that he made these statements when he returned to Australia. China and Australia have been in a diplomatic tussle since Australia called for an open investigation into the origins of the Wuhan virus. Dwyer’s refusal to make a statement while inside Chinese territory reflect that the WHO was essentially bribed, blindfolded and coerced into giving China a clean chit.