‘Take money from CCP and give them a clean chit,’ the inside story of WHO’s “fair and transparent” COVID investigation 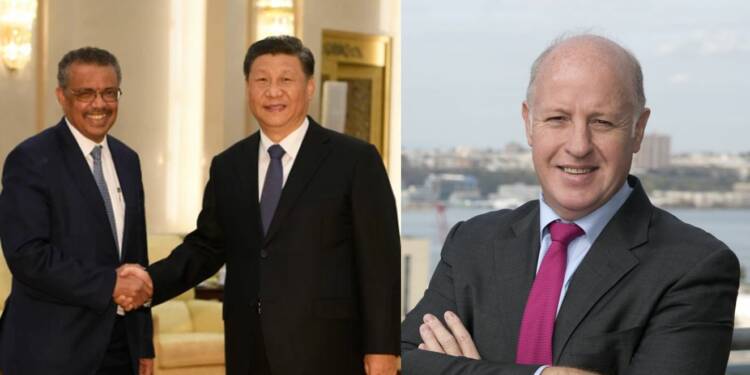 The Covid-19 investigation team that went to China has come out with the obvious result and stated that it is “extremely unlikely” that the COVID-19 virus came from the Chinese Communist Party lab. However, the affiliations of the members of the “fair and transparent” WHO investigation team raises very pertinent and necessary questions regarding the fairness of the assessment of the investigation team. A high-profile member of the World Health Organization’s recent “investigative” trip to Wuhan to uncover the origins of COVID-19 has accepted research grants from the Chinese Communist Party and runs a controversial U.S.-based organization that collaborates with the Wuhan Institute of Virology.

As per a report by The National Pulse, “A high-profile member of the World Health Organization’s recent “investigative” trip to Wuhan to uncover the origins of COVID-19 has accepted research grants from the Chinese Communist Party and runs a controversial U.S.-based organization which collaborates with the Wuhan Institute of Virology.”

Peter Daszak’s ties to the Chinese Communist Party call into question the validity of his and the World Health Organization (WHO) investigative team which concluded that it is “extremely unlikely” COVID-19 came from a Chinese Communist Party lab. Their claims echo Chinese Communist Party narratives, and Daszak himself implored the world to not “rely” on U.S. intelligence for it is “wrong on many aspects” and “politically charged.” He has earlier said that there is no conflict of interests despite having worked with the Wuhan Lab for nearly two decades.

The stage was being set for the clean chit for a long time. The WHO’s so-called investigation team was probing the origins of COVID-19 virus in China and before the report came out, Global Times had come out with the explanation as to how WHO is doing its best and how it has “not mishandled” the pandemic. It went to the extent of blaming the Western countries for being too used to the West-dominated international organisations, and that the western countries could not tolerate China’s growing strength. Inadvertently accepting that WHO has now been dominated by China.

Read more: China has already come to the rescue of WHO before it gives a clean chit to Xi Jinping.

In a conversation on the Chinese Communist party-state media outlet, China Global Television Network (CGTN), Daszak said that he was a recipient of Chinese Communist Party cash. He revealed he “has been working in China in collaboration with Chinese scientists and the government of China for over 15 years supported by federal funding from the U.S. and federal funding from China.”

Daszak had even praised, while in attendance of the Beijing-based World Conference on Science Literacy, sponsored by the China Association for Science and Technology (CAST) that “serves as a bridge that links the Communist Party of China and the Chinese government to the country’s science and technology community.”

This is the official serious side of the World Conference on Science Literacy sponsored by the China Association for Science and Technology, but the fun part is up next…. https://t.co/9grqpq1JeT

Thus, if he is one of the independent observers who were inspecting the origins of the virus in Wuhan and leading the WHO’s investigation, then the whole event was a sham and the result cannot be considered legitimate. Daszak is nowhere near being the “independent” arbiter required to get to the bottom of the Wuhan COVID origins, he has too much at stake to independently observe and investigate the virus in China. Thus, the only motto of WHO investigation was, ‘Take money from CCP and give them a clean chit.’

The cost of one phone call that did not happen: Millions of dollars. Biden’s shunning of Israel is a costly mistake