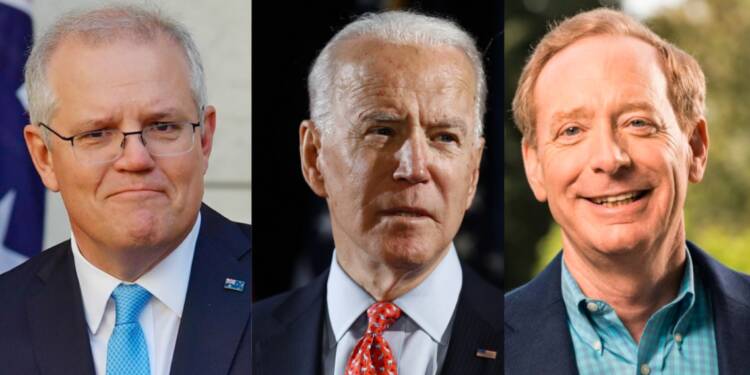 Microsoft President Brad Smith released a blog last week where he batted for Australia’s News Media Bargaining Code and said that the United States should not object upon the law, albeit “copy it instead.” The statement from Microsoft comes at a time when the company is moving for the kill in the down under country where Google has been threatening to pack its bags following the passing of legislation that helps independent news outlets in negotiating pay deals with Google for using their news content pieces.

“Democracy has always started at the local level. Today, far too many local communities must nurture democracy without a Fourth Estate. The cure will likely require multiple medicines. However, part of an innovative prescription has emerged from halfway around the world. In Australia, Prime Minister Scott Morrison has pushed forward with legislation two years in the making to redress the competitive imbalance between the tech sector and an independent press,” said Smith in his blog.

The Microsoft President was full of praise of Australia for coming up with the idea of sharing royalties with the smaller news publishers who have been pushed to the sidelines by the big media companies and the monopolistic tendencies of big techs.

“The Australians deserve credit for studying this landscape and discerning the similarity to negotiations between tech gatekeepers and smaller news organisations that have no choice but to do business with them,” Smith wrote.

Read more: Destiny is calling Microsoft to create parallel Facebooks and Twitters and looks like Microsoft has already begun

As reported by TFI earlier this month, the Australian PM spoke to Microsoft’s CEO Satya Nadella and sounded confident that Australia will be fine even if Google decided to leave the country.

“I can tell you, Microsoft’s pretty confident when I spoke to Satya,” said the PM of Australia while talking to reporters in Canberra. He further added, “We just want the rules in the digital world to be the same that exist in the real world, in the physical world.”

Also as reported by TFI previously, Google had threatened to remove its search engine from Australia over the down under country’s attempt to make the tech giant share royalties with news publishers.

However, as soon as the news of the Australian government mulling over bringing the contentious law in parliament came to light, Google took a defensive approach and started issuing the threats. “The principle of unrestricted linking between websites is fundamental to the web, it would give us no real choice but to stop making Google Search available in Australia,” said Mel Silva, the head of Google in Australia and New Zealand.

By batting for similar legislation in the United States like Australia, Microsoft has a message for democratically elected governments and especially the Joe Biden administration – journalism needs to be compensated by big data. And if big data companies don’t pay, kick them out.

Microsoft is cashing in on the fight between democratic governments and big tech. It is telling the world that it is ready to conform to the rule of law and government regulation. By doing so, Microsoft has set the precedent for other big tech companies that seemed to have overestimated their powers.

‘You will face serious consequences,’ Philippines issues threat to China for its aggression in South China Sea