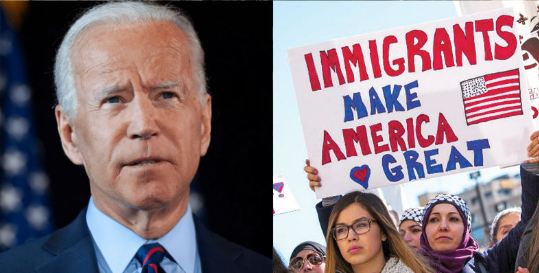 Under the new guidance from the Biden administration, the ICE would focus on three categories of immigrants: those who pose a threat to national security, those who have crossed the border since Nov. 1, and those who have committed “aggravated felonies.”

According to the new guidance released, the ICE officers will require pre-approval from managers to apprehend any illegal immigrants if they do not fall into the three specified categories.

ICE’s acting Director Tae Johnson issued a statement after the guidelines were released. He said, “By focusing our limited resources on cases that present threats to national security, border security, and public safety, our agency will more ably and effectively execute its law enforcement mission.”

Following the agenda set by the Biden administration, the guidelines also give the agency room to let illegal immigrants stay in the country. The officers have been asked to consider factors such as ‘ties to the community’ and ‘personal circumstances’ and to also include considerations for people with serious physical and mental illness.

The DHS, under the Biden administration, had sought to impose a 100-day moratorium on deportations. But because of the frivolity of the scheme, a federal judge had rightly blocked the move after a lawsuit was filed by the state of Texas.

While the new guidelines seek to decrease the number of deportations, it is a far cry from the radical measure. But the guidelines are not alone in the left’s approach to letting illegal immigrants flourish. The Biden administration has showcased itself to be a messiah for the illegal aliens. The Democrats on Thursday unveiled a bill backed by Biden that would grant a pathway to citizenship for millions of illegal immigrants.

Biden has also worked to scale back the Migrant Security Protocols, ended the Trump-era travel restrictions, and stopped the building of the wall at the southern border — measures that have been strongly criticised by Congressional Republicans.

The US is becoming a safe haven for aspiring illegal immigrants. Under Joe Biden, it is becoming harder for the authorities to deport people who do not belong in the United States.