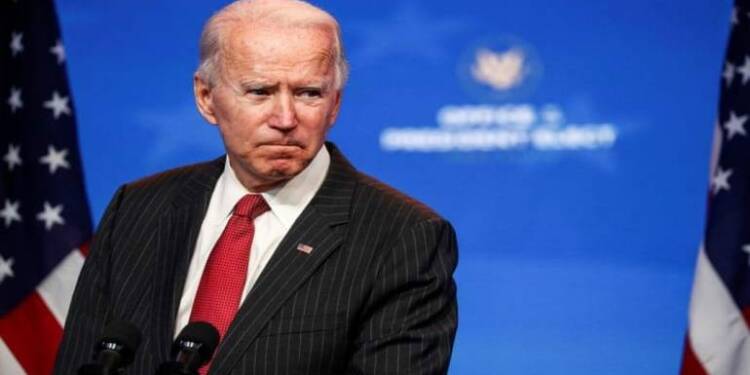 Biden’s first few days in the Oval Office have been marked by a swashbuckling approach to reverse Trump’s policies. From re-joining the Paris Climate Agreement to the WHO, Biden has been shooting executive orders left and right. But his aggression on Trump’s immigration policies by ordering a 100-day moratorium has been put on hold by a US District Judge in Texas.

Biden’s first few days in office remain committed to one thing only: Reversal of Trump’s policies. His first week in the office has been nothing short of frenzy as he has made it his mission to reverse each and every policy Donald Trump signed in his term. Be it China, Iran, Taiwan internationally or domestically be it Gender, Immigration or just common sense. Such is the spite for the previous administration one wonders, whether basic and much needed deliberations have gone in before jumping the gun to reverse almost all policies. That is also the question a US district Federal Judge said when he temporarily banned the moratorium on deportations.

On Tuesday, a Texas federal judge stopped the administration of Joe Biden from imposing a 100-day moratorium on most deportations, which gave President Joe Biden an initial blow to one of his key campaign promises.

U.S. District Judge Tipton issued a temporary restraining order blocking the moratorium declared on the first day by the Biden administration. It comes in the wake of a 100-day pause lodged last week by Texas Attorney Ken Paxton.

Tipton justified the ruling by saying “The January 20 Memorandum not only fails to consider potential policies more limited in scope and time, but it also fails to provide any concrete, reasonable justification for a 100-day pause on deportations,”

This order marks the first significant setback in the immigration agenda of Biden, which focuses primarily on repealing the divisive immigration policies of the Trump administration and ensuring a reform of the US immigration system which was not addressed by former President Barack Obama.

Tipton’s order specified that the decision was not based on the agreement and federal law that DHS signed with Texas and several other states that would require the department to provide notice and allow time for a review before making certain immigration policy changes.

“The issues implicated by that Agreement are of such gravity and constitutional import that they require further development of the record and briefing prior to addressing the merits,” the ruling explains.

This further underlines that the policy reversals undertaken by Biden have been made purely based on ideological differences from the previous administration without much-needed deliberation.

Biden has reversed many of Trump’s policies, including the US’s stand on China. In one of the first changes, the Chinese threat policy that the State Department’s website displayed was changed. Besides, the page which underlined the national security risk of the Chinese 5G telecom giants Huawei and ZTE was removed.

Given the economic strain the pandemic has caused on the US economy it was not unreasonable to deport the “illegal aliens”. But Biden’s 100-day moratorium wanted to stop these deportations, putting further strain on US taxpayers.

Given Biden’s unchecked assault on almost all of Trump’s policies, the US district attorney has come as a severe blow. The decision has thrown spotlight at the fact that these policy reversals should not be carried out without due diligence and deliberation.