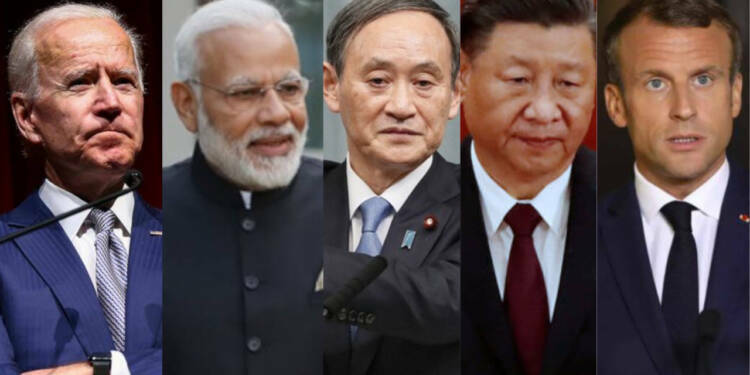 With Biden in the Oval Office, there is a growing apprehension among the Quad members on US’s stance on China. Thus, amid uncertainty over the Quad’s future, India has buckled up to ensure that the Indo-Pacific remains ‘free and independent’.

Quad was one of the cornerstones of Trump’s foreign policy. Biden’s soft stance on China will undermine the relevance of Quad’s objective. With tensions already flaring between India and China in Ladakh, India has taken matters into its own hands and is ready to lead the nations in the Indo-Pacific against increasing Chinese animosity.

Against the backdrop of growing Chinese interference in the Indian Ocean, India is hosting defence ministers of the Indian Ocean Region at a conclave. The conclave will be held during the upcoming Aero India in Bengaluru.

An official close to the event said “Defence Minister Rajnath Singh is hosting the IOR defence ministers’ conclave on February 4. It will be held during the Aero India 2021,”

This is a further commitment to contain Chinese belligerence and ensure peace and stability in the region outside of the Quad’s architecture. This is also the second such commitment, India has made since Biden took over.

On the day of Biden’s inauguration, India, France and Japan the ‘strategic triangle’, firmly supported the idea of an Indo-Pacific strategy against China.

Biden’s ascension to the White House and his policies have raised many apprehensions. However, these apprehensions are not without basis. Shortly after coming to power, one of the first things that the Biden administration did was to update the website of the US State Department. It removed China from his policy concerns and renamed the page ‘US relations with China’. Under Trump, the page was titled ‘the Chinese Communist Party: threats to global peace and security.”

Another change that cannot be overlooked was the 5G security and the risk posed by Chinese telecoms Huawei and ZTE. The page has been scrubbed from the State Department’s website. Trump’s battle against the Chinese 5G over security concerns was one of the topmost priorities for the Quad. Countries like Australia were some of the first ones to exclude Chinese telecom giants Huawei and ZTE from its 5G networks, in coordination with the White House.

The Quad allies aren’t elated with Biden’s victory. India’s concerns about Biden’s relations with Pakistan will become an eventual roadblock. And Biden’s soft stance on Beijing will rattle a few feathers among the other members as they look forward towards India to lead them against Chinese hostility.