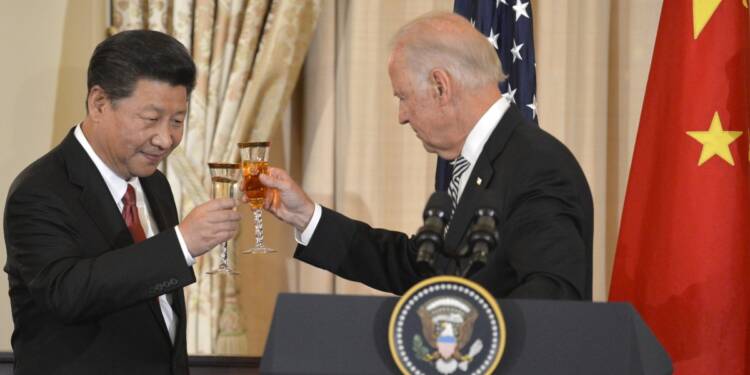 In his last year of Presidency, Donald Trump identified and exorcised the threat of Huawei and ZTE. Biden in his first day of Presidency has undone that. In a shocking development, the State Department Website has omitted the CCP as one of the policy issues, and the 5G related page which cautioned against the use of ZTE and Huawei has been scrubbed off. This gives a clear indication of what Biden’s 5G policy would be and it is terrible news for the democratic world.

Trump had cracked down on Huawei and ZTE citing National security threats. Following Trump’s ban, a string of countries across the globe banned Huawei from their 5G networks as these countries along with the US president identified the threat posed by the Chinese telecom giants. Now with Biden in the oval office, sweeping changes have started to take place and the changes in the State Department’s website are a precursor for the things to come.

The Biden administration has updated the website of the State Dept. of Trump-era to omit the definition of the Communist Party of China as one of the major political issues of the department. The website – State.gov – also updated China’s country profile page, in comparison to its predecessor, “the Chinese Communist Party: threats to global peace and security,” with “US relations with China”.

Among the issues flagged by the Trump administration, but excluded from the freshly updated website of the Biden Regime: 5G security, The China Challenge, Illegal Immigration, Iran: A Dangerous Regime, Nicaragua: A Return to Democracy, and Venezuela: A Democratic Crisis.

The pages “China Challenge” and “5G security” earlier issued links to pages “The Chinese Communist Party: Threatening Global Peace and Security” and other pages related to CCP linked ZTE and Huawei, cautioning the visitors against the use of these telecommunication firms.

Read More: ‘You are a threat to US national security,’ Chinese telcos Huawei and ZTE hit hard with Trump’s latest action

A day after Biden’s inauguration, Chinese telecom companies, China Unicom Hong Kong Ltd, China Mobile and China Telecom Corp said on Thursday that they had requested the NYSE to review its decisions to delist their American shares.

Donald Trump had signed an executive order delisting companies that were alleged to have links with the Chinese military.

During the elections, Xi Jinping and the Chinese media were elated as Biden took lead. Biden’s inauguration was celebrated in China. Chinese Foreign Ministry spokeswoman Hua Chunying said “if both countries put in the effort, the kind angels can triumph over evil forces,” she added “In the past years, the Trump administration, especially [former Secretary of State Mike] Pompeo, has laid too many mines that need to be removed, burned too many bridges that need to be rebuilt, damaged too many roads that need to be repaired,”

And it looks a lot likely that Biden is all for China as the CCP believes and his first actions confirm the apprehensions.

The reversal on the 5G issue and the United States’ position on CCP is a clear sign of Biden’s actual position on China. Despite months of rhetoric, Biden’s view on China’s economic belligerence has now come to the fore. Biden’s changes to the state department website have sent all the work done by the Trump administration crumbling down and soon enough the US could be welcoming ZTE and Huawei with open arms. This will also weaken the Quad alliance as a central point of collaboration among Japan, Australia, India and the US was 5G technology and countering China. Biden, however, has made the future of the Quad very uncertain.