China laid low as Trump punished it in his last Presidential days. Now it celebrates Biden’s win with a cheap shot 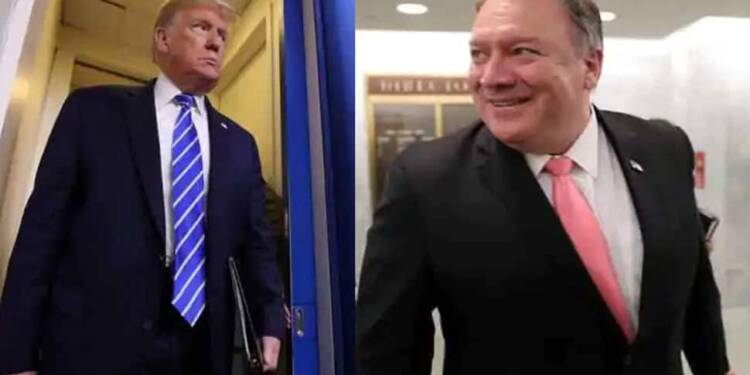 In his last days as President, Trump shifted into an even higher gear as it took the fight to China. Donald Trump sent China dodging, ducking but ultimately left it weeping on the floor and kissing its wounds. China laid low, aware that it had no answers to Trump’s onslaught.

Now that Trump is finally gone, China that had been cowering in fear now gathers the courage to sanction officials from the Trump administration just as the new president is being sworn in, a President, for whose victory, China was rooting for.

According to the Chinese Minister of Foreign Affairs, China placed sanctions on officials of the Trump Administration minutes after Joe Biden was sworn in as the US 46th President.

Former Secretary of State Mike Pompeo was amongst the 28 persons whom the ministry said: “was preparing, encouraging and carrying out a variety of insane acts that had seriously interfered with China’s internal affairs, undermining Chinese interests, insulting the Chinese people and badly disrupting China-U.S. relations.”

Former President Trump was unwavering in his efforts to make China bleed. He signed several executive orders in his last days, ranging from sanctioning Chinese companies to delisting them from the stock exchange, sanctioning officials and banning goods from Xinjiang, and lastly classified Chinese actions in Xinjiang as Genocide.

Trump was merciless as China trembled, did not take even a single action against the President’s administration even as Trump kept sanctioning Chinese officials right, left and centre over their crackdowns on democracy in Hong Kong.

Read More: Why is China not celebrating Biden’s victory? It is the fear of Trump

In his last days in office, Trump even lifted restrictions on official contact with Taipei. Moreover, contemporary to these orders, President Trump also approved various multimillion-dollar arms deals to help Taiwan against any Chinese aggression. The Chinese government and media threatened actions and various sanction but were unable to act on it.

They made statements and criticised the actions not the person behind it because that was the extent that President Trump had allowed them.

Thus, in what was just minutes into the new administration China sanctioned Trump’s former aides. As if waiting for Biden to swear in as President so that Trump cannot hurt them anymore. The sanctions in itself are useless, they forbid Trump’s aides to enter the Chinese mainland, Hong Kong or Macao, or conduct business with Chinese companies.

The actions of the Chinese state on the officials of a former administration are more out of spite and months of resentment than having any significant strategic value. They believe that Trump and his aides cannot aggrieve China anymore and thus, celebrated, that their oppressor is not in the White House anymore. They also have full faith in a president that was sworn in yesterday, but if China has been keeping up, Trump might be out but Trumpism still echoes in the halls of the White House.

Obama gave China the South China Sea and Biden will try to handover the Indian Ocean to Jinping. But won’t succeed