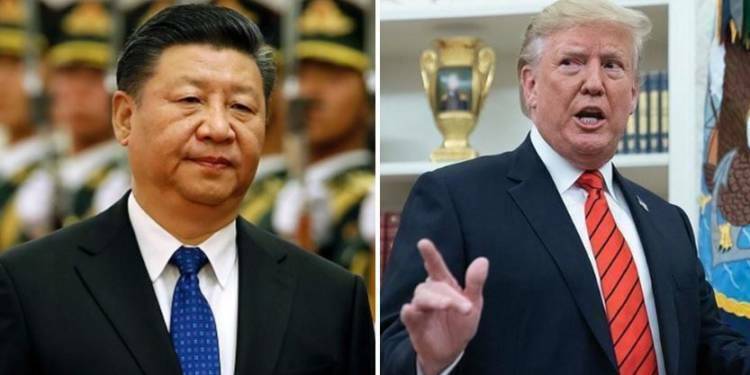 The Chinese must be really scratching their heads right now. Who would have thought, when Beijing was preparing to get the Democrats on its side and leave the bullying by Donald Trump as a bad past, President Trump would checkmate the Chinese? He has done what he does best, a final surprise strike against Xi Jinping. The US has officially determined that China is committing genocide and crimes against Uyghur Muslims – an ethnic and religious minority group which lives in the northwestern region of Xinjiang.

While China was hopeful for a change in the US narrative after the arrival of Biden and a possible US-China partnership, the current move by Donald Trump has shattered all its hopes. As Biden prepares to take office, the left-democrat cabal has cooked up the perfect conspiracy theory to shift the narrative from China being the bully of the world to now setting the narrative back to Russia being the biggest threat to the world and the US. Biden would have anyway tried to slowly shift the world’s attention away from China, towards Russia and the Capitol Hill breach has given him the perfect opportunity to shift the focus to Russia when it comes to declaring which country is the number one enemy of the US.

Read more: Biden wanted a stick to beat Putin with, Capitol riots have given him just the perfect opportunity.

All this planning has become redundant with one move of the Trump Administration, literally within the last couple of days in office. “This genocide is ongoing, and…we are witnessing the systematic attempt to destroy Uyghurs by the Chinese party-state,” US Secretary of State Mike Pompeo said in a statement Tuesday, on the last full day of the Trump administration.

Pompeo added, “Since at least March 2017, local authorities dramatically escalated their decades-long campaign of repression against Uyghur Muslims and members of other ethnic and religious minority groups, including ethnic Kazakhs and ethnic Kyrgyz”.

Just recently, as per the report, released by The Congressional-Executive Commission on China (CECC), the Chinese government and Communist Party have taken unprecedented steps to extend their repressive policies through censorship, intimidation, and the detention of people in China for exercising their fundamental human rights. And now the US government seems to have gone ahead with the official determination of Chinese actions against Uyghur Muslims as a well-planned genocide.

As the USA’s declaration has concretised China being a power which is committing genocide on its Muslim population of the Autonomous Region of Xinjiang. This will force the Democrats and Joe Biden to maintain a considerable distance from the Chinese Communist Party and play by the rules which Donald Trump has set.

Biden has now forced to go by Trump’s China policy, even if not by the letter, but at least in general terms. The very first signs are visible by the comments of President-elect Joe Biden’s nominee to be America’s secretary of state, Antony Blinken, who agreed with State Department’s 11th-hour determination on Tuesday that China is committing genocide in its treatment of the Uyghur people, a Muslim minority group.