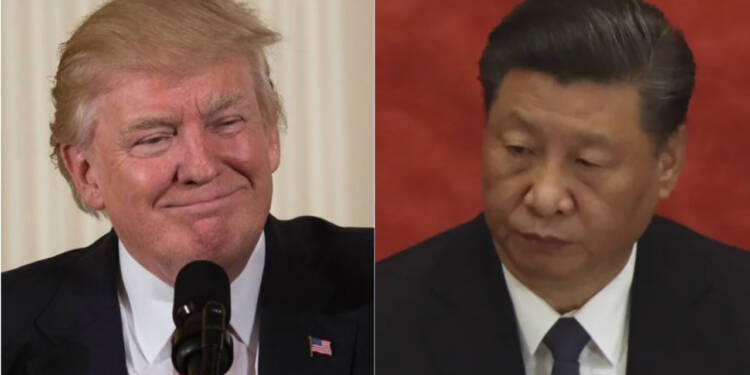 US President Donald Trump passed a legislature “Holding Foreign Companies Accountable Act” after which the New York Stock Exchange said last week that it will withdraw the three largest telecom companies in the Asian country, Chinese oil majors could be next in line to get delisted in the U.S.

In November, President Donald Trump, in an attempt to put pressure on Beijing for what it considers abusive business practices, signed an order banning military-controlled Chinese companies. The order stopped US investors from buying and selling shares in a Pentagon-designated list of Chinese companies that have military connections. The piece of legislature signed was in line with President Trump’s other policies throughout the year to contain Chinese belligerence in trade and military. President Trump has been at the forefront of leading the world against the Chinese belligerence which is infringing on the sovereignty of other nations and outright aggressive.

According to Bloomberg Intelligence analyst Henik Fung, China’s largest offshore oil producer, Cnooc Ltd., may be most at risk as it is on the Pentagon’s list of companies it claims are owned or operated by the Chinese military. As the energy sector is crucial to China’s military, PetroChina Co., China Petroleum and Chemical Corp., also known as Sinopec, may also be under risk, he said.

Steven Leung, executive director of UOB Kay Hian in Hong Kong, said, “More Chinese companies could be de-listed in the US and the oil majors could come as the next wave. At the same time, as they were thinly traded in the U.S. and they have not raised a lot of funds there, the effect of eliminating the telecom companies is possibly marginal.”

Most of the three companies are traded in Hong Kong, although they each have American Depository Receipts listed in New York. According to data exchange, trading volumes are much higher in Hong Kong.

Leo Ho, an analyst with Daiwa Capital Markets, said that Cnooc’s appearance on the Pentagon list is potentially due to its drilling activity in the fraught South China Sea. If that were the case, PetroChina and Sinopec would be at less risk of Trump’s action, according to Ho.

Read More: China writes a deliciously harrowing account of the pains it suffered under President Trump

Sinopec’s spokesperson refused to comment on Trump’s take on the oil major. Cnooc and PetroChina did not comment immediately, while Cnooc said it was not aware of any explanations for the “unusual” decline in its share price on Monday in a Hong Kong exchange filing. On Monday, Cnooc dropped 1.8%, while PetroChina was unchanged. Sinopec rose by 1.7%.

The NYSE said that it would withdraw the operators of telecoms to honour a U.S. executive order that imposes limitations on companies identified as part of the Chinese army. China Mobile Ltd., China Telecom Corp Ltd. and China Unicom Hong Kong Ltd. are all to be suspended from trades between January 7 and January 11.

The legislature passed by Trump is likely to cost China and companies associated with it worth 2 trillion dollars. This would be a disaster for the leading Chinese companies and for the Chinese economy in general, which has stagnated over the years. With the BRI already failing before it could even get started, the RCEP arguably a massive failure on the cards, the doors closed on China’s face with the TPP with Japan at its helm.

Trump has delivered a blow which has the potential to suck the entire blood out of the Chinese economy. With the delisting already started it won’t be long before it’s light out for Xi Jinping’s band of hungry communist ‘corporates’.

No to Turkey and Iran, yes to Saudi and Israel: A new Qatar is going to emerge from the current crisis