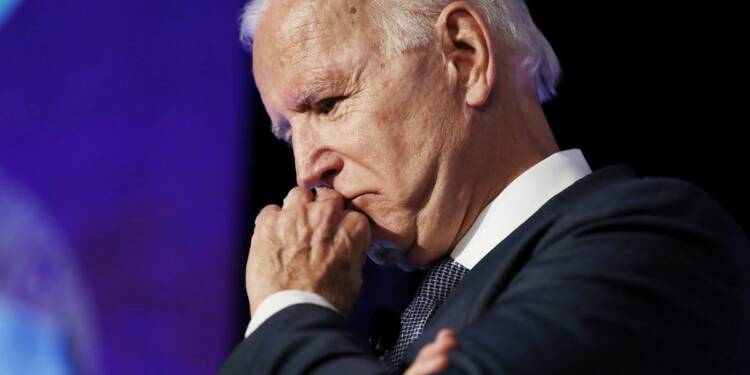 Biden’s most ambitious rhetoric was to present the American citizens with an additional stimulus package worth $1.9 trillion. So far, instead of gaining traction to get the bill pushed through as soon as possible, Biden is now facing a prospect of convincing the senators from his own party as Liberal democrats indicate that they do not have full faith on the President’s stimulus package.

Biden’s Presidency has so far been marked with policies which either are the reversal of Donald Trump’s policies or promote the ideals of the left. His economic policy, policy for gender in sports, policy on illegal immigration and domestic extremism does not reflect  his view of Democracy but of a deeply vested left, which has been pulling the strings of the new President.

Freedom Convoy ghost is back to haunt a numbed Justin Trudeau

Biden will mark his third day in office with executive steps to improve food aid for poor Americans and use federal contracts as a step towards his planned national minimum-wage increase, seeking urgent assistance for an economy struggling to deal with Covid-19.

But more importantly, the focus has shifted on Biden’s stimulus relief package worth $1.9 trillion. The package faces challenges in Congress after moderate Republicans this week said they saw no need to rush on another big spending bill after last month’s $900 billion effort. Senator Susan Collins of Maine became the latest to express opposition to the idea of a big new package, while Senator Roy Blunt, a member of GOP leadership, called it a “non-starter.”

The Democrats hold a marginal lead in both the Congress and the Senate. But liberal Democrats are now refusing to give their agreement to the bill. Biden’s biggest vote puller ‘the stimulus package’ seems dead on arrival.

But it seems like Biden himself does not have a proper plan to work to keep the pandemic under check. He warned the nation to prepare for its darkest days in the yearlong pandemic, predicting that as many as 100,000 more Americans will die over the next month as he overhauls the federal coronavirus response and presses Congress for more aid.

But Biden’s plea for the nation to assume a “wartime” footing did not immediately sway a recalcitrant Congress, where Republican opposition to his $1.9 trillion pandemic relief plan only hardened. Even some liberal Democrats made clear they would not rubber-stamp the new president’s approach.

The Stimulus Package was proposed by Biden as he attacked Trump for failing to provide care for the American citizens reeling from the pandemic. Biden had stated that It has been 8 months since the pandemic hit but the Trump administration has failed to check the situation domestically. He blamed Donald Trump for the death of 400,000 American citizens.

After the election results, Biden had insisted on getting a bipartisan deal on his relief bill. The Republican senators though have not even been informed about the deal yet. Senior Senate Republicans, say there has been little if any, outreach from the Biden team to get their support.

Read More: Biden’s ‘non-partisanship’ faces tough test in his first week itself as Republicans pressure him to get China’s sanctions on its members removed

Biden’s relief package hit almost $2 trillion and contained liberal goals such as a raise in the federal minimum wage to $15 an hour, which some Republicans saw as a sign that Biden wasn’t very serious about gaining their support. And those Republicans who have indicated that they are open to making a compromise have made it clear that major improvements will need to be made to the package.

The inability to get even his party members to push through with the bill is a sign of a weakened leader. The Democrat’s reluctance to sign away the stimulus bill is a clear sign of how much less faith the party has in its President.

Without Republican support and now without the support of his own Democrat, Biden’s relief stimulus is hanging on a thread. His unwillingness to reach out to the Republicans seems like even Biden himself is not serious about getting the stimulus package pushed through. His reluctance is on display and the American citizens are getting impatient about the stimulus package as they suffer through the pandemic. Failing to provide the package to the citizens will mark Biden’s first major defeat and the way that things are turning out to be right now, the stimulus package may never even see the light of day.