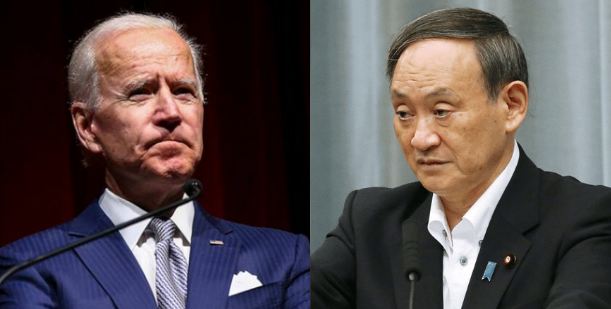 When the Democrats decided to put a China-friendly Biden on the high chair, they expected open support for their style of foreign policies from the US allies. But countries like Japan and Australia, which have been the US’s closest allies for a long time, have been determinant on pursuing the foreign policy stance of former President Donald Trump.

The machinery that maintains equilibrium in further east areas has been achieved over decades on intensive hard work and needs more support and strengthening rather than demolishing it. After the defeat of the Rome-Berlin Axis in the Second World War, Japan being on the losing side, worked hard to regroup its strength. To facilitate the normalisation of Japan and limit the expanse of communist powers, the US decided to sign an important ‘Treaty of Mutual Cooperation and Security between the United States and Japan.’

This treaty facilitated a military alliance between two nations that became the foundation stone for peace in the further east. This was a win-win situation for both countries as it gave Japan the time and resources to rebuild its society without the external threats of military aggression.

The US, on the other hand, found a justifiable reason to station its military resources very near to its primary competitor at that time, the USSR. The treaty between the US and Japan was signed in 1951 and since then, it has been amended a few times to remain just and benefit both parties in the dynamic world.

This treaty, which has lasted nearly seventy years now, is extremely important in the modern world. The treaty binds the two sovereign nations of Japan and the US together, which share common values of democracy and human rights with a knot that assures mutual safety in case of an external threat.

Japan, under the last Prime Minister Shinzo Abe, decided to adopt a proactive role in global politics. Tokyo enjoyed a greater sense of autonomy in dealing with external threats like China and as a result, the ‘Quad’ gained unforeseen strength.

His successor, PM Yoshihide Suga has reiterated the need and importance of an increase in open and free dialogue between the like-minded and peace-loving countries of the world. Recently, he has also expressed grave concerns regarding China’s misadventures in the East and the South China Sea and Beijing’s attempts to unilaterally and illegally change the status quo.

Earlier this week when the foreign ministers of the Quad countries sat down and discussed a plethora of issues including China’s global level bullying. Japan’s leadership has long been wary of China’s increasing aggression and supported Trump’s manner of dealing with the threat posed by Beijing.

Joe Biden has long been criticised by scholars for being too lenient towards China as if he is a full-time employee of the CCP. Though Japan hasn’t been direct, in very subtle instances, it has expressed its displeasure in the new US administration’s way of dealing with China.

Japan has repeatedly iterated the need to push back the economic abuses and coercion that prevail in the international market system which is a result of China’s bullying and expansionism.

These pointers should be seen as subtle and stern warnings for the Biden administration to not overturn the successful machinery that was put in place by the previous Trump administration. In this system, all the allies would work together for achieving a common goal of bringing down the crime syndicate called CCP.