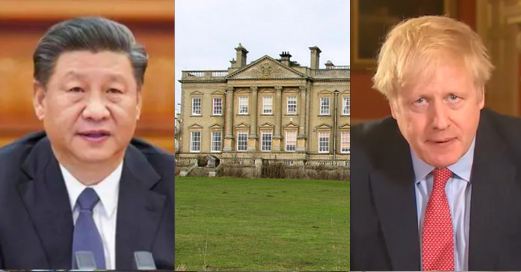 Taking advantage of the coronavirus pandemic which is still reeling the population of the United Kingdom, China is making conspicuous moves to take over the schools in the country to indoctrinate British kids. According to a Daily Mail report, 17 schools in the UK are already owned by the Chinese and several others have come under the fold after the pandemic began and the private schools began to bleed dry. Interestingly, nine of the 17 schools under Chinese control are owned by firms whose founders or bosses are among China’s most senior Communist Party members which eventually ties to China’s magic weapon – the United Front.

Chinese billionaires with direct links to the CCP are buying up British schools — and flooding the curriculum with their propaganda.

This Communist takeover of our education system must be stopped. pic.twitter.com/3KsmUKIzev

The report further states that these schools are using educational tools for giving children a ‘whitewashed’ view of China. The CCP foot soldiers are not afraid to milk the history of these schools to their benefit. Princess Diana’s Preparatory School is owned by a Chinese group that openly trades on its name.

The pandemic has caused the schools to drop their shutters and with the online mode of education not able to drive up the revenue as much as the offline mode, schools have been looking for investors. Boarding schools have witnessed a 35 per cent reduction in fees whereas the drop is about 20 per cent for day-pupils.

Ray Education Group, which owns Adcote School for Girls and Myddelton College, has openly stated on its website that its motive is to support China’s Belt and Road Initiative (BRI) and boost the country’s political and economic influence globally through British brand schools.

The Communist nation, lead by the authoritarian leader Xi Jinping, has managed to unleash its tentacles deep inside the UK by even infiltrating prestigious universities. As reported by TFI last year, an Oxford academic head named Alan Hudson had bestowed a “meaningless” University qualification upon a Hong Kong businessman, Chan King Wai, with Chinese Communist Party (CCP) links at a high-profile ceremony in Shanghai.

Read more: How China capitalised on Oxford University’s love for money to expand influence in the university

And, it’s not only the UK that is troubled by the Communist takeover of the educational institutes. Reported extensively by TFI, the Confucius Institutes across the USA and Australia have been undertaking similar drives in these nations to indoctrinate the population.

Taking cognizance of the increasing influence of the Chinese, former President Donald Trump and his administration in October last year, asked the higher education sector of the country to reconsider partnerships with the Beijing-backed Confucius Institutes.

The US State and Education Departments sent letters to universities and state education officials warning them about Confucius Institutes. The letters argued that Confucius Institutes, which are administered by a brand of China’s State Council, provide Beijing with a “foothold” to exert political influence in the US campuses and threaten free speech.

The UK managed to cut loose Huawei after President Donald Trump personally intervened. However, with him gone and his replacement Joe Biden busy in serenading his Chinese master, it seems highly unlikely that Boris Johnson will be able to steer his country out of this mess. An entire population being subtly brainwashed by the Chinese doesn’t augur well for Britain or for the world. Urgent intervention is the need of the hour so that such hostile Chinese takeovers can be thwarted.