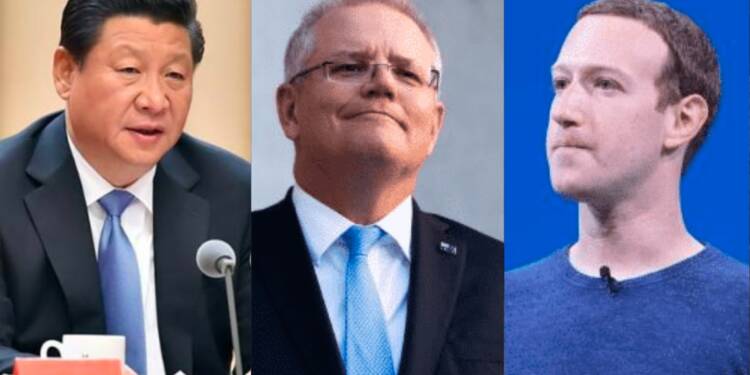 Global strategic scholars have often assigned the status of a mere middle power to Australia. As a part of the grouping of developed nations, it has long enjoyed years of booming economy, stable politics and overall well being. It is a country that has welcomed millions of immigrants ranging from Afghanistan to Lebanon and from the United Kingdom to India. Its enormous pile of minerals and natural resources has also helped it strengthen its position in the entire Indo-Pacific region. With the increasing competition between the US and China, Australia often finds itself at the crossroads of conflicts between the two powers.

On one hand, it has to stay with the West led by the US for the shared ideologies of free market and democracy. On the other hand, it has tweaked its policies to accommodate the economic prowess of China.

Australia’s close bonhomie with the US provides it with a much-needed safety net and it continues to follow Washington just like the UK. But in recent times, Australia is visible on global platforms a lot more than before. It now seeks active participation in world affairs. It reaches out to countries like India to be included in military exercises like Malabar. It challenges the global bully called China and it makes tech giants like Facebook bend on their knees like it is nobody’s business.

Let’s take the example of the rift between Canberra and Beijing. Australia valiantly fought the trade battle with China. It showed Xi Jinping and his comrades what a brave sovereign nation can do. Since last April, China imposed unfair tariffs, trade barriers and restrictions against Australian goods like coal, barley, wheat and wine.

But to the Chinese disappointment, the net losses were so minuscule that there was only a $6 billion drop in Australian exports to China, which is a mere 4 per cent of the previous year’s estimates. Also, Australia is quickly diversifying its market base and due to Beijing’s reluctance to import Australian goods, countries like Korea and Japan are profiting on the behest of China’s losses. It’s vividly clear that China’s trade war against Australia is of no use and in this bonfire, only Chinese hands are getting burnt.

All this trade fiasco was only due to Australian questioning of China’s role in the spread of the Wuhan virus which impacted the world on an unforeseen scale. Australia even established its own team of researchers which was ascribed to finding out the origin of the virus and Beijing’s satanic plan behind its spread.

On the defence front as well, Australia is encircling China with a Quad structure in the Indo-Pacific region. European nations like Germany, the UK and France are keen on following the Quad to neutralise China in the international waters.

Australian PM Scott Morrison gave Mark Zuckerberg a lesson which he might never forget. After closing the case with Google, the Morrison administration brought Facebook down to its knees in the war over news sharing code.

Facebook’s shameful decision to blockade the information channels in Australia which could possibly have harmed the healthcare information structure didn’t go well with the world. Facebook got flak and severe criticism from all over the world. As a result, Facebook agreed to pay the small local media companies for the sharing of news. Morrison, just like a seasoned politician, shared the issue with like-minded countries like India and Canada which made Facebook realise its mistakes.

Hence it is visible that Australia is keen on punching above its weight. It is not afraid to take global bullies like China and Facebook head-on. It is diversifying its supply chains, increasing its defence capabilities and strengthening the friendships. The future from now will be different where a country like Australia will be actively seeking its role on the world table.