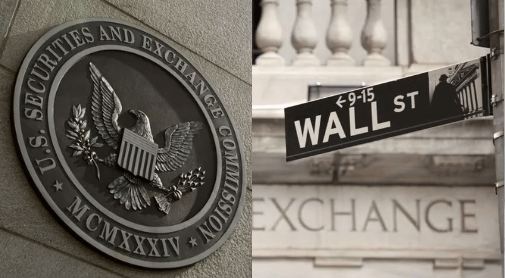 A few days ago, Wall Street hedge fund groups suffered billions in losses as retail investors banded together and the GameStop saga came into being. The retail investors believed they could do so again, but this time the securities and exchange board has brought the hammer down on such stocks as it looks to protect the Wall Street elites once again.

The United States securities regulator is punishing companies by suspending their stocks. In what is the third such action and the largest, trading in 15 companies has been stopped to protect the Wall Street elites from losing more money. The reason to suspend such stocks is ‘questionable’ social media activity.

In order to avoid a return of another GameStop like episode, the US securities regulator has suspended trading on stocks ‘with dubious prospects’ but have been ‘hyped up to the moon’ on social media.

The US Securities and Exchange Commission said in a statement that it has temporarily halted trading in the securities of 15 companies due to ‘questionable trading and social media activity’, the latest in a series of temporary halts amid volatile trading in so-called ‘meme stocks.’

Melissa Hodgman, acting director of the SEC’s enforcement division, said, “We proactively monitor for suspicious trading activity tied to stock promotions on social media and act quickly to stop that trading when appropriate to safeguard the public interest.”

One of the businesses, Blue Sphere Corp, a penny stock that soared in value after a barrage of posts on online message boards, was recently highlighted in a survey. The securities and exchange board acted because it is fearful that another GameStop like trading frenzy could hurt the elite investors at Wall Street.

The SEC provided a justification for its actions stating that none of the companies have filed any information with the regulator for over a year. But this is also the first time that SEC is taking action after retail interest in GameStop Corp. surged infinitely and bankrupted hedge fund companies.

Although the regulator routinely removes moribund companies, but this year’s wild trading has resulted in immense losses for the hedge fund elites and thus the SEC has picked up its efforts to clean the house to protect its elite investors.

The agency has added that it is continuing to review the market and trading data to spot securities which could result in ‘potential attempts to exploit investors during the recent market volatility.’

The stocks of GameStop, a little-known Texas-based retailer that specializes in buying and selling games and gaming devices, shot up by 8000 percent late last year and this resulted in Wall Street elites (hedge fund managers) losing billions of dollars. And all this happened due to coordinated efforts of a group of millennials, who organized themselves under the umbrella of WallStreetBets, a community on Reddit.

Apart from GameStop, according to a report from Bloomberg, ‘Naked Brand Group Ltd.’ stocks rose up by 618% and ‘AMC Entertainment Holdings’, a movie-theatre company, witnessed stocks shooting up by 800% and the list goes on.

The rising power of retail investors, who for decades were cheated and manipulated by Wall Street elites, has been on display. The hedge funds, which used to make billions every year, lost it all in just one year after retail investors deployed the same technique. But the SEC does not like it one bit. It is hell-bent on protecting its ‘elite class investors’ at the cost of retail investors, aka, the common folk and it shows where its loyalties lie.