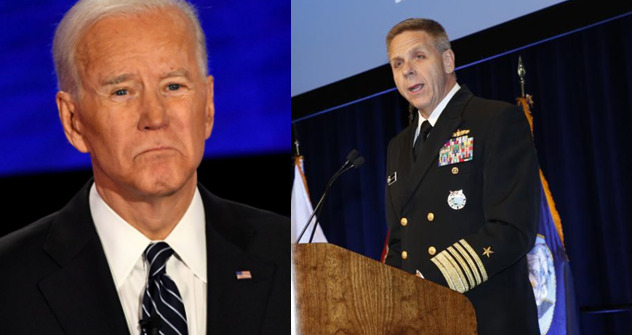 Admiral Philip Davidson, a four-star admiral in the United States Navy was appointed by former President Donald Trump as the 25th Commander of the U.S.’ Indo-Pacific command in 2018. Davidson, who is a declared anti-China activist heading one of the United States’ most important commands is proving to be a living nightmare for President Joe Biden. At a time when Biden is looking to ease tensions with China and build mutually-beneficial ties with the paper dragon, Admiral Davidson is quite literally pouring water on all such endeavours. And to further aggravate the Biden administration’s woes, Davidson has just put forward a list of demands before the U.S. Congress.

The commander of U.S. military forces in the Indo-Pacific region, on the 1st of March, submitted a request to Congress for a whopping $27.3 billion in new anti-China spending. The request is for a funding increase which the Admiral would like to witness for the Indo-Pacific command, which is made of 380,000 military and civilian personnel and a diverse variety of air, land and sea weaponry. The United States has 11 military commands around the world, including the one in outer space. The Indo-Pacific command, however, is the largest of them all.

Therefore, Admiral Philip Davidson becomes one of the most important military commanders of the United States, which is why Congress would find it incredibly different to turn down his request for additional funds needed to counter the Chinese threat in the region. In an October 2020 public forum, Davidson stated, “I believe China is the strategic threat of the century to the U.S., but really certainly to the entire free world.” Keeping in mind the same, Davidson has put forth a request to Congress for $27 billion in spending between 2022 and 2027; with $4.6 billion for fiscal year 2022 alone.

With the additional funding, Admiral Davidson plans to completely secure American assets across the Indo Pacific, beginning on a priority basis with the island of Guam. For Guam, Davidson has some grand plans which will make the American fortress impenetrable for the Chinese. The admiral wants to have a 360-degree capability within Guam to defend against China’s motives of flying aircraft and sailing ships around the Mariana Islands with the ability to fire missiles from any direction against US targets. The same will be accomplished with a $1.6 billion 360-degree persistent integrated air defense capability in Guam, built around an Aegis Ashore system.

The demands put forth by the INDOPACOM chief are most certainly bound to give Biden multiple sleepless nights and an unbearable migraine. Giving in to the admiral’s demands would effectively mean that he would have to toe Trump’s line on the Indo-Pacific, while also infuriating China – which in itself can open an entire can of worms for the Biden family. Refusing the request made by Davidson, or trying to block it in the Democrat-controlled House of Representatives would mean that Biden is willing to compromise on national security for the sake of wooing Beijing. Essentially, Davidson has got Biden by the throat.

Admiral Philip Davidson also plans at decentralising the U.S.’ forces all across the Indo-Pacific, without compromising on the strengths of existing permanent bases, as opposed to Biden’s plans of leaving allies like Japan in the lurch by picking troops out of American bases there and deploying them in non-traditional venues across the region. In order to not compromise on existing permanent U.S. bases, the additional funding which has been requested for by the INDOPACOM chief is a necessity. If Biden refuses to grant the additional funds, he would effectively be playing with the lives of American troops, while also endangering allies like Japan and Taiwan, not to mention that he will revealing his allegiance to China. And if Biden accepts the demand, he will be risking the ire of Xi Jinping who has the Biden administration by the neck simply because of its Communist party leanings.