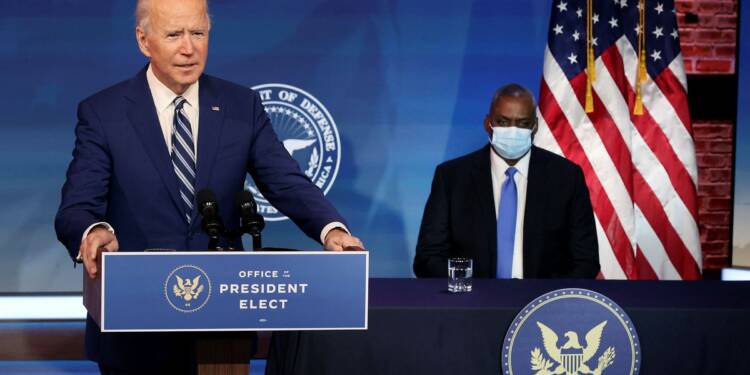 In its first month, the Biden administration has been on a roll with the appeasement of China and Iran. However, with all the Indo-Pacific allies not toeing Joe Biden’s line and creating an undeclared alliance of like-minded countries minus the USA, Joe Biden has been forced to reset his foreign policy vis a vis Indo-Pacific. The distrust towards the Biden administration has become so deep, that now all the high ranking officials are working extra time to re-assure the allies.

In line with this, US Defence Secretary Lloyd Austin said on Sunday that China has been “very aggressive” in the region and in some cases, they have been “coercive”. “China has been busy modernizing its military and developing capabilities and trying to close the competitive edge that we have always enjoyed,” Austin told ABC News on a talk show. The pressure by the Indian, Japanese and Australian governments have had their impact and now US actions are in effect signals of a reset in US foreign policy.

He reinforced his arguments and did not forget to assert the importance of the US allies. “They have also been very aggressive in the region. In some cases, they have been coercive. And some of that coercion has been directed against our allies. And our allies are very important to us,” he said, referring to Beijing’s disputes with its neighbours.

Defense Secretary Llyod Austin is also scheduled to visit India, and then head to Japan for a 2+2 meet accompanied by Foreign Secretary Antony Blenkin to meet their Japanese counterparts this month itself. The U.S. President Joe Biden is also planning to host Japanese Prime Minister Yoshihide Suga at the White House as soon as April. The amount of importance the USA is laying on the visit can be gauged from the fact that it would be the first in-person foreign leader visit of his presidency.

Before the rise of China, it was Japan whose Navy was the pre-eminent powerhouse of the East Asia region and the larger Asia Pacific region. On the other hand, the Indian Ocean Region has largely been India’s backwaters and Australia has been a major player in the Pacific region. The combined geo-strategic and naval strengths of India, Australia and Japan are not to be messed with. If the USA had abandoned the QUAD, India and Japan were capable enough to replace it with other willing participants. It would have made the US presence and influence in the region unnecessary.

Remember earlier Joe Biden tried to provide an explanation and create a defence of CCP and Xi Jinping. He was trying to help his old friend out by subtly supporting the actions of China in Xinjiang, and this is just one of the many examples. However, with Australia, India and Japan not relenting and instead of pressuring the USA to either change their policy approach or get left out, the USA has reset its policy approach.

Now, these comments by Secretary of Defense Llyod Austin and the sudden increase in engagement of the US officials with its Indo-Pacific allies tells us that the USA is working extra time to pacify the miffed allies. Joe Biden may have tried to undo Donald Trump’s foreign policy, but he has been forced to go back to the policy which was standard during the Trump era.

‘There are no wolf warriors here,’ Wang Yi’s meek surrender is the collective victory of the free world against China