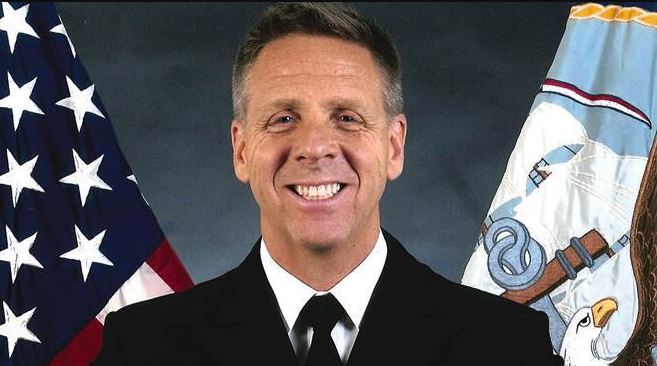 It is increasingly becoming clear that Admiral Philip S. Davidson – the four-star admiral of the US Navy, who is currently commanding the country’s largest and most important command, has no doubts about the threats faced by the free world order in the 21st century. Heading the Indo-Pacific command of the United States, Admiral Davidson is crystal clear when it comes to assessing the threat posed by China in the very near future and over the stretch of the century. Also, being an experienced naval fighter himself, the Admiral has not shied away from speaking openly about the deficiencies in his country’s handling of China.

Speaking before the Senate Armed Services Committee during a Congressional hearing, Admiral Philip Davidson said that China could invade Taiwan within the next six years as Beijing accelerates its moves to supplant American military power in Asia. To quote him from the hearing, he remarked, “I worry that they’re [China] accelerating their ambitions to supplant the United States and our leadership role in the rules-based international order… by 2050…Taiwan is clearly one of their ambitions before that. And I think the threat is manifest during this decade, in fact, in the next six years.”

The Admiral also gave a reality check to American senators and said that the US was fast losing its edge in the Indo-Pacific to an ever-belligerent China. He said, “We are accumulating risk that may embolden China to unilaterally change the status quo before our forces may be able to deliver an effective response.” But it is not like the Admiral was only pessimistic during the hearing. While he most definitely pointed out where the US and its allies were lagging, he also mentioned the various ways in which the antagonism of China could be countered.

During the Congressional hearing, Admiral Davidson also revealed how China had set up a “vast disinformation machinery” with over a million people working behind it, with the sole agenda of undermining the United States. Davidson said that the goal of China’s disinformation efforts is “to undermine U.S. interests, to capture the narrative to their own benefit and to…corrupt the environment in a way that creates doubt amongst our allies and partners in the reliability of the United States.”

The admiral called Quad – an informal security arrangement between India, Australia, Japan and the US – a “diamond of democracies”. The admiral has triggered a conversation in the US Defence Department, who are now increasingly of the opinion that building alliances with partners has become ‘tremendously important’ and as the INDOPACOM chief’s statement suggests, the Quad cannot just have a military dimension. It must have a bigger mandate.

Therefore, it is being seen that Admiral Philip Davidson is fast emerging as the most important military man is the United States, whose statements are stirring much-needed conversations and also triggering a rethink of strategies on the part of the American security establishment. Davidson, appointed as the Indo-Pacific Command chief in 2018 by former President Donald Trump, is a declared China-hawk who is determined to cull the belligerence and unfair growth of the red rogue country.

A native of St. Louis, Missouri, Davidson is a 1982 graduate of the United States Naval Academy. He is a distinguished graduate of the US Naval War College. He has a Master of Arts in National Security and Strategic Studies, and a Bachelor of Science in Physics. Davidson is a decorated officer, and his various commendations include the Distinguished Service Medal, the Navy and Marine Corps Commendation Medal with Combat “V,” a Superior Honour Award from the US Department of State and many other recognitions.

Admiral Davidson, well aware of the many deficiencies and loopholes currently prevalent in the US’ Indo-Pacific strategy and management, had put forward a request to Congress for a whopping $27.3 billion in new anti-China spending. With the additional funding, Admiral Davidson plans to completely secure American assets across the Indo-Pacific, beginning on a priority basis with the island of Guam. For Guam, Davidson has some grand plans which will make the American fortress impenetrable for the Chinese.

Admiral Davidson wants to have a 360-degree capability within Guam to defend against China’s motives of flying aircraft and sailing ships around the Mariana Islands with the ability to fire missiles from any direction against US targets. The same will be accomplished with a $1.6 billion 360-degree persistent integrated air defence capability in Guam, built around an Aegis Ashore system.

At a time when the Biden administration is working overtime to weaken the US’ position in the Indo-Pacific and is desperately trying to woo China by compromising on America’s own security, Admiral Philip Davidson shines out as a rebel, who is not bowing down to the outright scheme of prostration before China. The INDOPACOM chief is making America battle-ready, to take on China in an inevitable conflict. He is working to strengthen American alliances, cooperating with allies like India and Japan, and also subtly pushing for an American rethink of its traditional Taiwan strategy, which has historically been clouded by ambiguity.

Admiral Philip Davidson is truly doing justice to the incredibly significant position that he holds and is also reminding the Biden administration at every step of the way that befriending China is not an option. To maintain a free and rules-based world order, the taming of China is a necessity. While the White House might have been clouded by vested interests, Admiral Davidson is continuing to make life hell for China.