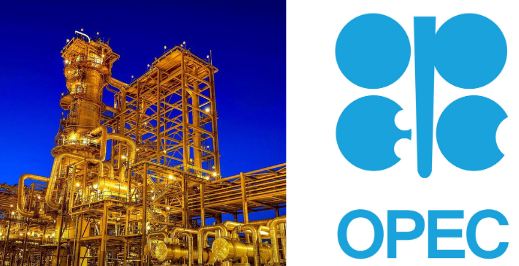 Saudi Arabia has made a very flawed assessment of the oil market. The oil markets were taken aback after OPEC+’s decision to extend current cuts until the end of March, as it differs from the group’s proposal announced last December, which sent oil prices above $60. In the short term, it may sound like a great option but could prove to be a disaster in the long term.

Last week, crude oil prices rose to about $65-$70 per barrel. One of the main reasons for the OPEC+ to keep production increases to a minimum seemed to be the concern about the global economy’s pace of recovery. Two weeks before the OPEC+ summit, Saudi Energy Minister Khalid al-Falih expressed his continuing worries about the global economy, stating that producers should not be complacent at current prices.

The rollover of the Saudi million BPD surprise cut in April, as well as Russia’s exemption to increase supply by 130,000 BPD, may have aided the group’s ability to achieve a consensus. These developments have put the larger world in disarray as the pandemic coupled with the increased oil prices will put an increased strain on the countries already facing a massive economic downturn. However, in efforts to make short term gains, the Saudis are making sure that they lose the markets that they have gained after the introduction of sanctions on Iran.

The Saudis are thinking of making profits off of the situation, and with the world coming a little bit back to normalcy. OPEC+ does not expect US shale to increase demand as prices climb, allowing farmers a chance to make up for missed sales while maintaining market share. For shale oil to recover, (1) oil production needs to return to pre-pandemic levels, and (2) current prices need to remain stable for an extended period of time. This would be critical in rebuilding investor’s interest in the shale industry while reducing risks.

According to the EIA study released last week, US output was at 10 million BPD, down 3.1 million BPD from a year earlier. Prices are forecasted to trade above $70 in March, backed by expectations of demand over-tightening, the rising pace of global vaccination, and the increasing possibility of some countries returning to pre-crisis normalcy, according to existing output scenarios. Fuel demand in the United States is increasing, especially for gasoline and kerosene, which increased by 942,000 BPD and 305,000 BPD w/w, respectively, to 8.15 million BPD and 1.29 million BPD.

Even if OPEC+ commits to an increase in demand in April, Saudi Arabia is unlikely to relax its voluntary cuts immediately. At the last press conference, the Saudi Energy Minister confirmed this, implying that the cuts will extend until Q-2 2021 and that the barrels will be phased back in. This means that not only the OPEC+ cuts but also Saudi voluntary cuts in Q-2 2021 would benefit markets.

These actions and choice of options make a case of Saudi Arabia pursuing short term goals of maximising the profits and make up for the losses during the Pandemic. However, this may spiral in the effect of reducing the countries purchasing oil from the Saudis and may end up in favour of Iran which may regain its lost consumer countries.