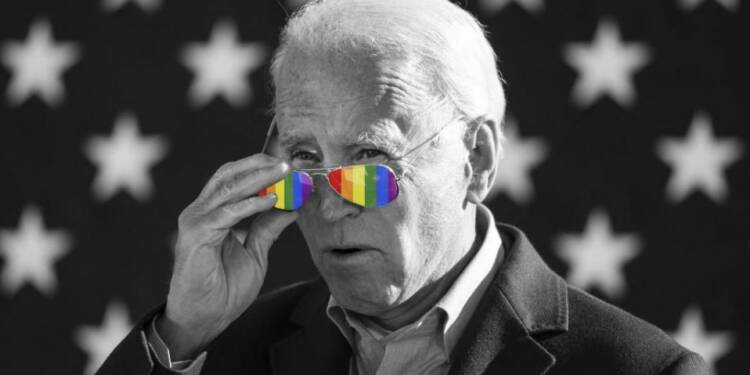 Joe Biden has tasked his administration with the aim of removing science from the conscience of a larger US population. He was earlier talking about healing the country and now has decided to create two camps with no scope for reconciliation and dialogue. The Equality Act will be advanced in the U.S. Senate with a hearing set for next week, as per news reports.

The Equality act ‘updates’ the law Congress passed primarily to combat racism, the Civil Rights Act of 1964, and adds sexual orientation and gender identity as protected classes akin to race. However, in the name of fighting discrimination, he is going way beyond what is required and legitimising the nonscientific approach of the radical left of delegitimising even the basic social constructs and trying to destroy American society from within.

This bill is exactly as regressive as it portrays itself to be progressive. In the name of standing up for the LGBTQ+ community, it abandons the concerns and problems of the womenfolk. The Equality Act is 31 pages long and devotes thousands of painstakingly drafted words to prohibiting ‘sex discrimination’. In all those pages, however, the word ‘female’ never appears.

These problems have earlier too been discussed and protested against. Four accomplished female athletes had filed a lawsuit in federal court in Connecticut in February 2020. The lawsuit was filed by the athletes who were fighting for their right to be sportswomen after they kept losing track meets to ‘biological males’ who identify as ‘females’. The Equality act will facilitate such actions.

Read more: “This isn’t equality, and it doesn’t progress,” female athlete speaks out against Biden for his abominable Transgender Executive Order.

The practical implication of this law would be phenomenally disastrous. If it becomes law, such men who identify as women would have a right to spend the night in battered women’s shelters, disrobe in women’s locker rooms and compete on women’s sports teams. The Equality act is hellbent to exacerbate discrimination against womenfolk.

‘Gender orientation’ governs entry into “public accommodations” under the Equality Act, a category that the act redefines to cover almost everywhere. On the basis of ‘gender orientation’, it mandates access to ‘a toilet, a shower space and a changing room’, among other meeting areas. Girls and women would no longer be free to shut the door and keep males out of their bathrooms, locker rooms or store dressing rooms. Females would no longer be free to excel in and enjoy female-only athletics.

Rather than finding common-sense, narrowly tailored ways to shield LGBTQ+ identifying Americans from truly unjust discrimination, the bill would act like a sword to persecute those who don’t embrace these confusing gender ideologies. It would vitiate a sex binary that is quite literally written into our genetic code and is fundamental to many of our laws, not least laws protecting the equality, safety and privacy of women.

The bill makes the situation for women in western society even worse and negates any and every positive change the women’s rights movements had brought. Under the Equality Act, females (and males) are no more. To be a “woman” is to be a “Genderbread Person,” a jumble of parts, feelings, desires and stereotypes. But not to “be” female.

As Mary Rice Hasson, Kate O’Beirne Fellow, Ethics And Public Policy Center put it, “Do we really want our daughters to be taught ‘gender-inclusive puberty’, to view themselves as ‘vagina-owners’ (not females) and aspire to be ‘pregnant people’ (not mothers)? Do we really want our sons to believe that a ‘person with a penis’ is not always male? Do people of faith want our children taught that it’s a discriminatory ‘sex stereotype’ to believe in the Biblical view of heterosexual marriage?”