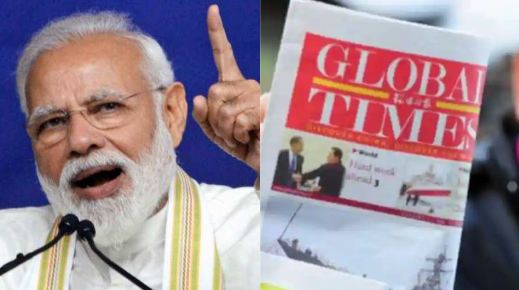 The Quad summit of the heads of the member states was a defining moment and may play a major role in the formalisation of Quad. However, China is not able to digest the success of the meet and is now trying to garner support against India in the multilateral platforms like BRICS and SCO. Although China could not show its displeasure overtly, it has followed the time tested formula of using Global Times to spearhead the emotional response of the Chinese Communist Party.

In the Chinese Communist Party mouthpiece, China has expressed its intent to drive India out of the SCO and BRICS at the backdrop of the recently concluded Quad heads of the state virtual summit. It started with highlighting the fact that India is going to host the 2021 BRICS summit. It said that India has been moving closer to the US and the US-led Quad in recent years, worsening India-China and India-Russia relations and affecting the development of some China-led or Russia-led groupings or mechanisms that India takes part in, such as BRICS and the Shanghai Cooperation Organisation (SCO).

Read More- Is Quad an anti-China alliance or another hopeless group of states? Japan Vs USA over its core motive

As per the opinion piece in Global Times, India has become a liability for these organisations. China announced in February that it is supporting India’s bid to host the BRICS summit in 2021. Even though China has been the aggressor in the border crisis and has been bullying its neighbours, the opinion piece went to the extremes of saying India takes China’s assistance for granted. It is, in effect, using China as a pawn in a game of strategic extortion.

Given the importance of the Quad in the Indo-Pacific and the realisation of the US President regarding the disastrous initial foreign policy direction of appeasing China and abandoning its Indo-Pacific allies, Joe Biden has had to go the Trump way. In order to redeem himself, Biden had agreed to a meeting of the heads of Quad. It was the first of its sort, where US President Joe Biden, Indian Prime Minister Narendra Modi, Australian Prime Minister Scott Morrison and Japanese Prime Minister Yoshihide Suga came together to discuss matters pertaining to the Indo-Pacific and it was held virtually.

The Quad meet was consequential as the members developed a common Modus Operandi and how these countries should work together and in which fields. The meeting made sure that Quad is not some sea-foam but a reality that is here to stay.

One thing that the piece got right was the inclination of India’s priorities. It said, and rightly so, that India has prioritised the Quad and is adamant about its key demands to counterbalance, contain and discourage China. India is concerned that China, with its belligerence, may go beyond control and try to gain undisputed leadership of the Indo-Pacific. India, on the other hand, wants to create a coalition of like-minded and willing countries, so it can curb the Chinese Communist Party’s rise.

All these developments and the success of the Quad has made China jittery beyond recovery. And as a result, it is trying to make its utmost efforts to get India out of forums like BRICS and SCO. However, it is going to make India more resolute in its actions and efforts going ahead, with little to no consequence on its foreign policy capital.

Trump was healing the Korean Peninsula, then came Biden. Now North Korea is back to where it was