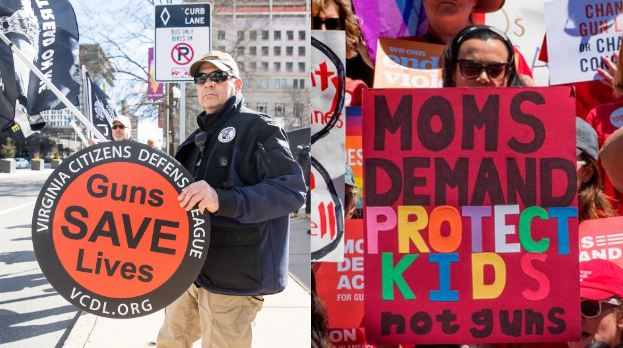 The Democrats in Congress have passed two bills that focus to strengthen the USA’s gun control laws. It would include many provisions and whatnots such as a background check on all gun sales and transfers. But even though the bill would never pass the Senate, the Democrats have been unknowingly setting a precedent that has evaded their process of thought. By making guns illegal or trying to make it harder to get is only going to attract more undocumented gun owners and a lot more shootings.

The Senate’s top Democrat has promised to bring up the gun control legislation strengthening background checks for a vote, but it lacks the 60 votes required to move forward.

Read More- Do you own a gun? You will be psychoanalysed. Your wife and friends will need to give written testimonies

Lawmakers hope that now that Democrats have complete control of Congress, the gun control bill will receive more support. Since the 2012 shooting at Sandy Hook Elementary School in Connecticut, Democrat-led attempts to pass stricter gun control legislation have failed repeatedly.

House Speaker Nancy Pelosi said “The gun violence crisis in America is a challenge to the conscience of our country — one that demands that we act,”

The National Rifle Association slammed the House action on Thursday, arguing that Congress should instead be passing gun control legislation.

In a written statement, Jason Ouimet, president of the NRA’s Institute for Legislative Action, said, “These bills are a blatant effort by gun control proponents in Congress to curtail the rights of law-abiding Americans under the pretext of combating America’s violent crime culture.”

Despite the fact that both bills had Republican cosponsors, they were both passed with little Republican help. North Carolina Republican Rep. Virginia Foxx described the gun control bill as “attempts by the federal government to impose more force on law-abiding citizens who want to defend themselves and their families” on the House floor on Thursday.

Senate Democrats have already introduced their versions of both gun bills, but it is uncertain if Republicans would be willing to support any proposed gun control legislation. To do so, they’d need 60 votes. The background checks law, according to Senate Majority Leader Chuck Schumer, will be approved this week.

There is a major problem that the Democrats have refused to address and the Republicans have failed to question. When the gun control laws have been exorbitantly pushed, it has created a negative impact on society and those who deal with this negative impact are people whom the gun laws fail to address.

There were 28 major mass shootings during the Obama administration. It is an exorbitant amount of mass shootings to occur under the Presidency of a Democrat leader who pushed for the gun control regulation laws.

On the other hand, under the Presidency of ‘demonized and radical’ Donald Trump only 4 major mass shootings occurred in the US. While we at TFI Global mourn every life which was lost and condone every mass shooting, there has to be a moment of enlightenment that needs to be addressed. 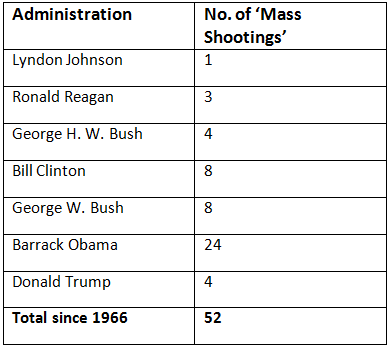 This is basic human psychology. Even during the Bush administration, only 8 major shooting tragedies occurred. Then a jump to 24 speaks volumes about the negative impact which the gun laws have on the psyche of Americans.

A law that seeks to heavily regulate and almost make it impossible for Americans, who have exercised their right as mentioned in their constitution, to own guns, resistance is inevitable. The inevitability of the resistance is costing lives in the hundreds, lives of kids, women, and men, democrats and republicans alike. We need to understand, that a draconian law is not the answer, but neither is the free and open sale of arms. There has to be a middle way and the US lawmakers need to put aside their political differences and work for the safety and freedom of the Americans.