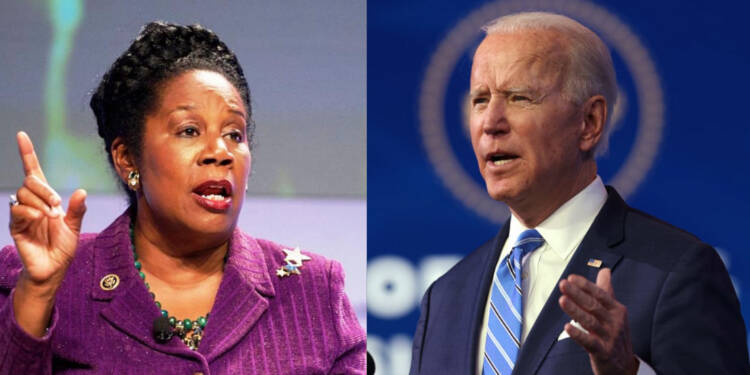 The new Biden administration in the US has proposed a gun control bill that would create a national firearm registry. The proposed bill would increase the scrutiny on gun owners and would require a gun license. Besides, the gun licenses would only be issued if the person checks through all the tick boxes.

The gun provision law which would increase the scrutiny over gun owners should be welcomed. But since the Capitol Hill riots, the Biden administration has tried to create a narrative of violent Trump supporters and have labelled them as White Supremacists and have likened their actions as Domestic Extremism. In light of such narrative being threaded throughout the country, the gun laws could be used to further crackdown on Trump supporters most of whom are proud gun owners especially in the state of Texas.

The gun control bill has been introduced by Texas Democratic Rep. Sheila Jackson Lee that would establish a national firearms registry, set a minimum gun ownership age at 21, and both require licensing and psychological tests.

Without the new license, the proposed Sabika Sheikh Weapon Licensing and Registration Act will make it a felony to own a firearm or ammunition or sell one to someone who does not have a license.

It would also require gun owners to pay for insurance and bans ammunition of .50 calibre or greater, except for law enforcement and a limited range of security personnel.

The bill would grant the United States Attorney General jurisdiction over licensing through the Bureau of Alcohol Tobacco, Firearms and Explosives.

Gun owners would also need to complete a training course for the government, have a clean record and register their gun with the federal government. Registry data will be made available to the local federal and US military law enforcement agencies.

Besides, a firearms license will not be available for someone who has ever been treated because of mental illness, drug or alcohol addiction, homicidal or suicidal thoughts or a brain disorder. The process of psychological assessment will also constitute the mental status of other members of the family, current and former partners, relatives and associates of the licensee.

Despite all the good that this law promises to be, one cannot look beyond Biden’s distaste of Trump’s supporters. With this law, the Biden administration can now legally take away the guns of proud Americans especially people from Texas, a majoritarian Republican state.

Trump supporters have been called White Supremacists and their actions characterised as that of domestic terrorists. Within days of his presidency, Biden announced an inter-agency review due to the rise of domestic extremism in the United States. But there’s a catch, only the Capitol Hill protests have been taken into purview.

The gun control bill is being proposed at a time when the Biden administration has openly started cracking down upon Trump supporters. Thus, it becomes politically motivated move which will not only suppress the rights of Americans under the second amendment but it will also stifle the voice of democracy by suppressing the other half of Americans who stand for their values and ideals.