No country is buying Chinese junk arms, and only Donald Trump could be thanked for it 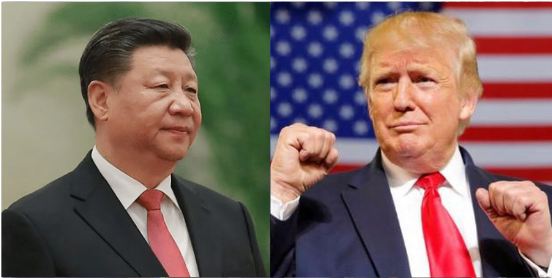 China has tried its hardest to improve the world view regarding the arms that it produces The Communist nation has even made efforts to make the weapons that it reverse-engineered from Russia something out worldly, however, the recent reports tell us that all that has failed royally. The US leads weapons exports with 37 per cent of market share for 2016-20 while China accounted for 5.2 per cent of sales, says Stockholm research institute.

China’s arms exports have dropped over the past five years, a decline that ‘experts’ have attributed to tensions between China and the US prompting some of China’s neighbours to buy more American weapons, according to a new report. It is very obvious that if you bully the countries whom you plan to make sales too, in all likelihood these attempts will fail and so they did.

Former US President Donald Trump’s effort to increase American arms exports amid a growing perception of China as a regional threat, according to some military analysts, exacerbated the slowdown, while the continuing Covid-19 pandemic, impacted foreign trade in both exports and imports.

According to a survey released by the Stockholm International Peace Research Institute, the United States continued to dominate the arms export race with a market share of 37% for 2016-2020, up 15% from 2011-2015. (SIPRI). Russia took 20% of the market, but due to stiff competition from the United States in most countries, it lost 22% of its market share.

Former US President Donald Trump stood with the US allies and in the face of Chinese bullying, has provided ample military and weapon support. As the Chinese adventurism with its neighbours as well as some distant countries increases, it has ended up alerting a lot of countries and thus, lost many consumers. In addition to this, some states in Indo-Pacific have plans to manufacture their own weapons.

The sales of arms by India, Japan and other countries have also increased, substituting the necessity of middle power and smaller countries to buy from China. The reports suggest that exports by China, the world’s fifth-largest arms exporter in 2016–20, decreased by 7.8% between 2011–15 and 2016–20. Chinese arms exports accounted for 5.2% of total arms exports in 2016–20. Pakistan, Bangladesh and Algeria were the largest recipients of Chinese arms, the SIPRI report added.

If one has to contemplate the fact that why did Chinese exports fell, they just need to look at the three of its biggest importers and the capacity to import weapons of Pakistan and Algeria. However, the containment of China by Donald Trump, which led to it showing its true colours was a major reason for its failure in increasing its weapons sales. None of the countries except a few are buying Chinese junk arms, and only Donald Trump could be thanked for it.

‘Buy drones and destroy alliances’: MBS’ masterplan to trap Turkey and Iran with a single move