‘There is an unannounced ban on journalists under Biden,’ Getty Photojournalist presents the real picture from America’s southern border 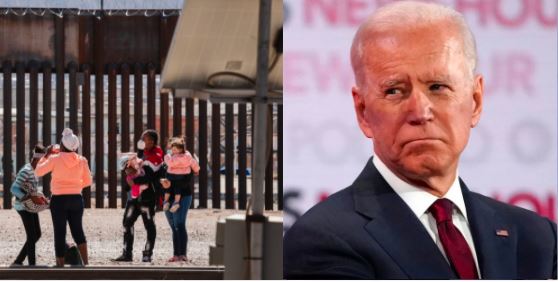 “Our entire administration will always be honest and transparent with the good news and the bad. We’ll level with you when we make a mistake. We’ll straight up say what happened.” These words, do they ring a bell? They most definitely should, because these are the words of President Joe Biden one day after being sworn into that role. In contrast to his promise, however, Joe Biden has gone totally authoritarian in his approach and has resorted to gagging the media from reporting the unprecedented immigrant crisis that is being witnessed on the United States’ southern border.

According to award-winning Getty photojournalist John Moore, there is a complete lack of transparency along the border. Taking to Twitter, Moore said, “I respectfully ask US Customs and Border Protection to stop blocking media access to their border operations…I have photographed CBP under Bush, Obama and Trump but now – zero access is granted to media. These long lens images taken from the Mexican side.” It is perhaps for the very first time that a journalist has had to cross over into Mexico in order to capture images of the happenings on the U.S.’ southern border, a glowing testament of how Mexico is a freer venue for the media than the United States under Joe Biden.

There’s no modern precedent for a full physical ban on media access to CBP border operations. To those who might say, cut them some slack – they are dealing with a situation, I’d say that showing the US response to the current immigrant surge is exactly the media’s role.

And Pandemic restrictions are not a valid excuse to block physical media access, especially to operations that are outside. There are easy alternative options to media ride-alongs. @cbp

The photographs in this tweet string were taken with a telephoto lens from across the border in Mexico. Until now, US photojournalists haven’t needed to stand in another country to photograph what’s happening – in the United States.

TFI has been consistently reporting on the unprecedented border crisis which has come to take shape in the United States, solely due to the open-arms policy of Democrats, and Biden in general towards illegal immigrants. In order to prevent the crisis from gaining publicity and media coverage, NBC News has now reported that the Biden administration has restricted the ability of Border Patrol agents and sector chiefs to share information with the media, as a surge of migrants tests the agency’s capacity at the southern border, according to four current and two former Customs and Border Protection officials.

Border Patrol officials have been told to deny all media requests for “ride-alongs” with agents along the southern land border; local press officers are instructed to send all information queries, even from local media, to the press office in Washington for approval; and those responsible for cultivating data about the number of migrants in custody have been reminded not to share the information with anyone to prevent leaks, the officials were quoted as saying by NBC News.

As of Sunday, CBP had more than 4,200 minors in custody along the border, a record in itself. In February, Border Patrol arrested nearly 97,000 people along the southwest border, and will likely arrest more than 100,000 in March. Joe Biden has nobody but himself to blame for such skyrocketing numbers along the country’s southern borders. In 2019, Biden had, while urging illegal immigrants to rush to America, said, “all those people seeking asylum, they deserve to be heard…if you want to flee and you are fleeing oppression, you should come.”

Joe Biden, whose administration is clearly incapable of handling the present border crisis, appealed last week to the incoming illegal immigrants to not try and enter the U.S., and instead stay where they are. Yet, his administration refuses to call the unprecedented border surge a ‘crisis’. Instead, the federal government is more concerned about ensuring that the reality of the crisis does not reach Americans and the world at large.

According to The Federalist, the Department of Homeland Security has not conducted any media tours of several hastily opened shelters for minors, included one in Donna, Texas, that was 729 per cent over capacity earlier this month. Lawyers who have been inside these facilities and interviewed migrant children housed therein report that there is not enough food, bed space, or showers. Many of these minors are being held for much longer than allowed under federal law.

All of this happening under a supposed ‘humanitarian’, ‘progressive’, ‘liberal’ and ‘transparent’ administration. If not anything else, what the ongoing border crisis has most definitely done is exposing Joe Biden for who he really is – a totalitarian.