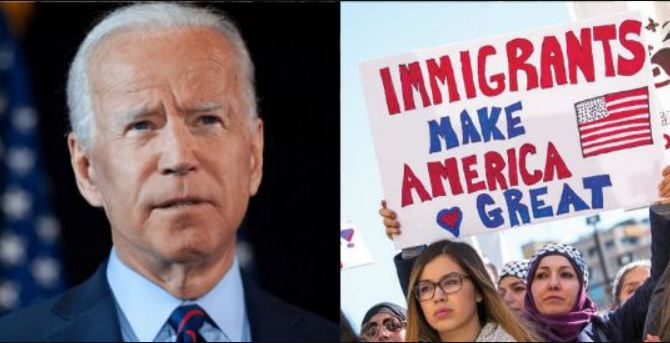 Biden’s Presidency is taking a toll on many American institutions, but the biggest tragedy of all is the defanging of the US Immigration and Customs Enforcement (ICE). ICE is one of the most glorious American departments that has always been on the frontline when it comes to battling narcos, transnational criminal organisations (TCOs) and illegal immigration. But the Biden administration is hell-bent on making it rudderless.

So, here is why Democrats led by Joe Biden hate ICE. When Trump was in power, ICE functioned as an invisible wall that kept the United States of America safe from an incoming tsunami of illegal immigrants. What ICE did was good for the US, and bad for the Democrats. Attracting illegal immigrants is a major poll plank for the Democrats, which is why the Biden administration wants to debilitate it beyond repair.

ICE is being admittedly made powerless. In a filing before a federal court on Friday night, Immigration and Customs Enforcement revealed that it is effectively ending family detention. Now, this is problematic, as the detention policy formed the bulwark of the enforcement body’s framework to combat illegal immigration.

As per court filing, family detention centres will be converted into short-term facilities that will release families in more than 72 hours.

Practically, ICE would become meaningless if Democrats succeed in getting their agenda effectuated. Earlier, Texas Sheriff A.J. Louderback had claimed, “The memo that I received this last week — it’s a defunding-ICE-by-memo — by memorandum, sent out January 20, 2021.”

Later, a Washington Times report too explained how Biden may not even have to abolish ICE because he will make it obsolete for all practical purposes. The report claimed that as per sources, Homeland Security Secretary Alejandro Mayorkas has a plan that would strip ICE of its basic function and practically convert it into a criminal investigation agency.

The defanging of ICE has already started showing effect. In the words of former US President Donald Trump, there is a “spiraling tsunami” at the border. He said, “Our border is now totally out of control thanks to the disastrous leadership of Joe Biden.”

About the Immigration and Customs Enforcement, Trump said, “Our great Border Patrol and ICE agents have been disrespected, demeaned, and mocked by the Biden Administration. A mass incursion into the country by people who should not be here is happening on an hourly basis, getting worse by the minute.”

Such is the situation on the Southern border that even Democrats in Texas are opposing Biden’s radical immigration policies.

House Speaker Nancy Pelosi said, “The Democratic House will pass these important bills and build on their progress with further action to honor our nation’s immigrant heritage and ensure America’s leadership in the world.”

Basically, Democrats want to legitimise illegal immigration and once that happens, ICE will practically become ineffective. ICE was the invisible wall that kept the US safe all this while, but now the Biden administration is bringing down this wall and it is already a catastrophe.