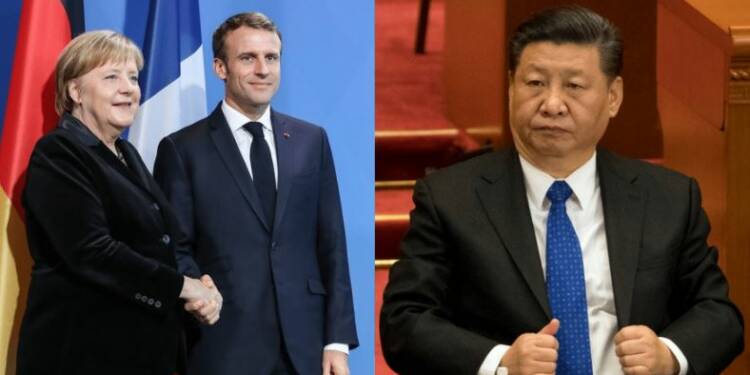 The Western countries for the longest time have been content with the idea that, just because they are western nations, no country will dare challenge them. The latest aggressive posturing showcased by China in Alaska meet with the USA has challenged these perceptions held by the western nations. The western nations are now all the more concerned and have understood that rise of China will not be peaceful.

The latest set of actions by western nations collectively signals that they perceive China as an adversary. The United States, the European Union (EU), Britain and Canada have imposed sanctions on Chinese officials on Monday for human rights abuses in Xinjiang. The sanctions agreed on Monday are even more special for the EU as they mark the EU’s first punitive measures on Beijing since it imposed an arms embargo after the 1989 Tiananmen Square massacre.

Western countries are trying to hold Beijing accountable for the mass detentions of Muslim Uyghurs in northwest China, which the US claims are genocide. As these actions came to light, Beijing retaliated immediately with punitive measures against the EU that appeared to be wider in scope, targeting European legislators, diplomats, institutes, and relatives, as well as prohibiting their companies from doing business with China.

The United States, Canada, and the United Kingdom joined the EU on Monday to take “coordinated action” against China in order to send “a clear message about the human rights violations and abuses in Xinjiang,” inciting Beijing’s outrage and provoking immediate retaliation. The sanctions blacklisted former and current officials in the Xinjiang region – Zhu Hailun, Wang Junzheng, Wang Mingshan and Chen Mingguo – for alleged abuses, which have sparked international outrage. Washington, which had sanctioned two of those officials in July 2020, added the other two to the list on Monday.

“Acting together sends the clearest possible signal that the international community is united in its condemnation of China’s human rights violations in Xinjiang and the need for Beijing to end its discriminatory and oppressive practices in the region,” the UK’s foreign ministry said.

These collective western actions signal a more serious and critical outlook towards the activities of the Chinese Communist Party and the days ahead will be more straining for Beijing. This development is a move ahead to the already increasing cooperation among the Western countries with themselves and their Indo-Pacific counterparts.

On the day of Biden’s swearing-in ceremony France, Japan and India came together to form a strategic triangle to back the Indo-Pacific vision to counter China. The need for such a strategic triangle emerged amid apprehensions over the Biden administration’s policy on China. Many similar exercises among other like-minded partners have been conducted over time.

Read more: ‘We want to join the Quad,’ as Biden abandons the Quad, UK races with France to win over Indo-Pacific allies

The Indo-Pacific is heating up and going ahead, more actions of a similar sort can be expected from the western nations. EU was not all in against the CCP for the large part of 2020, but it also has changed its stance significantly and has upped the ante.

The four individuals will have their assets in the bloc frozen and be banned from travelling within the EU’s borders. European citizens and companies are not permitted to provide them with financial assistance.

Naftali Bennett: A new Right Wing leader in Israel could be the Kingmaker and that’s terrible news for liberals worldwide

Joe Biden’s plan to ‘lift children out of poverty’ is going to run the US bankrupt. A truly nanny state with a collapsing economy