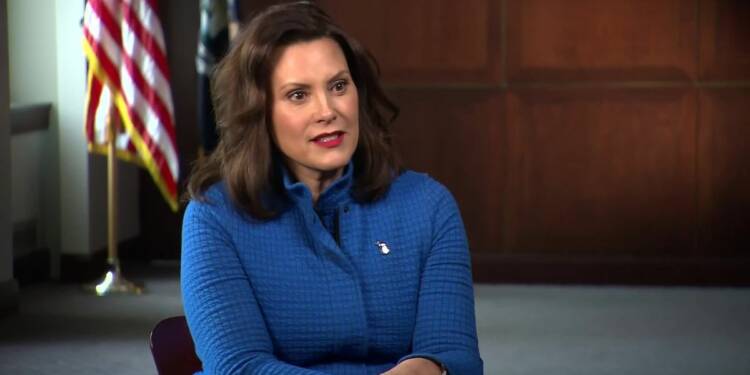 The Democrats by maintaining a stoic silence on Cuomo wanted to hide other Democrat governors who had used the same methods what Cuomo used. However even with all the tactics and efforts, they are unable to hide these crimes. A set of revelations and developments in Michigan are signalling the revelation of another Cuomo-esc nursing home scandal in another Democrat-run state. The state of Michigan is facing a lawsuit whose plaintiffs are seeking information on Gov. Gretchen Whitmer’s coronavirus-related executive order regarding the state’s nursing home residents.

Whitmer could soon find herself under scrutiny similar to that faced by fellow Democrat, New York Gov. Andrew Cuomo, the Michigan Republicans taking legal action against Whitmer said. We at TFI have already reported that the Democrats have much to hide and if they push too hard against Andrew Cuomo, it will open pandora’s box which is too dangerous for the Democratic Party. And with the revelations on the Michigan governor, she may very well turn out to be the ‘Lady Cuomo’.

Andrew Cuomo may not be the only one who covered up the deaths of elderly people during the pandemic. The plaintiffs said that they are suing the state of Michigan to force the release of information about Gov. Gretchen Whitmer’s executive order, which redirected COVID-19-infected nursing home residents back into nursing homes – information that the state is withholding from the public. Michigan residents have a right to know if Gov. Whitmer, like Gov. Cuomo, has concealed the true number of deaths caused by her risky decision.

Gov. Whitmer issued her order on April 15, 2020, following Gov. Cuomo’s similar action on March 25. It has since come to light that New York authorities, following pressure from the governor’s office, deliberately undercounted the number of patients forced back into nursing homes and the number of deaths that resulted. The patient numbers were more than 40% higher, while deaths were more than 75% higher.

Andrew Cuomo was already very powerful, given the fact that he is the governor of one of the most crucial states, New York, among many other factors. But the fact that he was propped up as a very astute and able administrator during the Trump presidency, both by the Democrats and the left-liberal media, it has made him too powerful for even the Democrats to handle. A too powerful Cuomo is not in the best interest of the deep state and the Democrats, that is why they are trying to destroy him slowly and carefully to save the party from any large scale disruption.

Read more: Andrew Cuomo has become too powerful. So, Democrats are destroying him but slowly and carefully because other Governors are too fragile

The Democrats may have tried to lay low and bide the time till the public anger fizzles out. However, as the case of Gov. Gretchen Whitmer pucks steam, these plans will be no longer viable. These developments provide a very clear picture that the Democrats are not at all concerned about the deaths caused by the nursing home decisions by different democrat governors, but their only concern is the continued hold of power

Michigan is one of only two states where the governor is exempt from Freedom of Information laws, and the only state where that exemption is written into statute. Thanks to this exemption, the governor has no obligation to produce any records whatsoever, despite making decisions affecting the lives of every Michigander.

Gov. Whitmer has acted with impunity behind this veil of secrecy. Her office has essentially dictated the state’s COVID-19 policies on its own, without revealing the data she relied on to make her decisions. The Michigan Department of Health and Human Services became the vessel for COVID decision-making after the Michigan Supreme Court struck down the law that Gov. Whitmer relied on for her emergency power.

This is the worst form of state authoritarianism, and the fact that the governor can take any measures and publish data about the deaths and the people have to accept it without any possibility of rechecking. This may be the second revelation, but as the domino effect has already started, we can expect many more to follow.