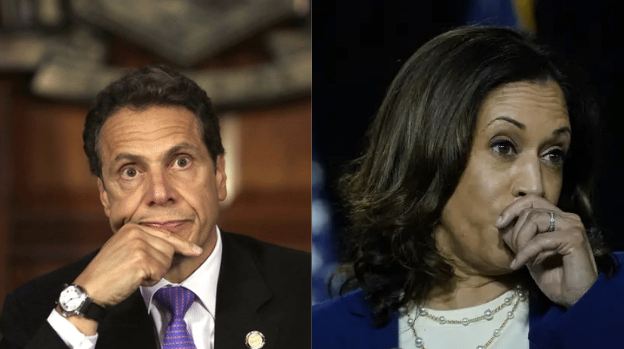 The number of allegations that have been levelled against New York Governor Andrew Cuomo is enough to take any politician down. However, the fact that he is still able to keep his power and make careless statements makes it all the more important to scrutinise the situation even further.

Andrew Cuomo was already very powerful, given being the Senator of one of the most crucial states, New York, among many other factors. But the fact that he was propped up as a very astute and able administrator during the Trump presidency, both by the Democrats and the left-liberal media, has made him too powerful for even the Democrats to handle. A too powerful Cuomo is not in the best interest of the deep state and the Democrats, that is why they are trying to destroy him slowly and carefully to save the party from any large scale disruption.

Cuomo has outlived his utility for the Democratic party. Now, with the cases mounting on him, be it the nursing home deaths, undercounting of COVID-19 related deaths or the slew of sexual harassment cases, Democrats are trying to find a perfect time for his farewell.

The fact that he is the most pronounced threat to a possible Kamala Harris stint for Presidency in 2024, makes it even more necessary for the Democrats to destroy his political career. The awe-inspiring political party of America is nothing more than a coterie of corrupt, crass and serial sexual harassers, who simply refuse to take responsibility for their dastardly acts. Such is the crisis of the Democratic Party at this point, however, that it can neither stand by Andrew Cuomo and abet his crimes nor can it be seen shielding the man. Calling for the New York Governor’s resignation might just open a pandora’s box which the Democratic Party wants to be kept closed.

Read more: Biden is in no mood of letting Cuomo go because one Cuomo can lead to many Cuomos and an unprecedented political crisis

The Democrats know the extent of the power of Andrew Cuomo, his family connections, the hold he maintains on the New York state and how he is able to keep the Main Stream Media (MSM) by his side. At a time of mounting cases and allegations, the media has still not come out against him as one would have expected.

The reason is simple, he is a wannabe Italian mafia of the state of New York and knows a lot about the criminal handling of the COVID-19 pandemic by fellow Democrat Governors. In such a scenario, if the Democrats go all guns blazing against him, as they want to, it will have a spillover effect which can lead to a domino effect, jeopardising the Democratic hold on power. This will be counterproductive and this is why the Democrats have maintained a stoic silence when it comes to Cuomo.

The scare that he can create in the people’s psyche can be gauged by the Fox News report. A Staten Island nursing home administrator told Fox News in an exclusive interview that he and executives at other facilities were “petrified” by New York Gov. Andrew Cuomo’s infamous March 2020 order that COVID-positive patients be placed in long-term care facilities rather than hospitals.

The Democrats are not at all concerned about the deaths, or the sexual harassment allegations, but their only concern is the continued hold of power. And if the chain of events is looked at from this perspective, it makes a lot more sense why they want to take down Cuomo slowly by eroding his hold on power in bits and pieces.

The situation in California is already alarming for the Democrats. California under the Democrats was already turning into a disaster, be it the increasing number of homeless people, increase in drug abuse, big companies moving out of the state among others. But the plight of the people has exacerbated since the arrival of the pandemic. Democrats, all others throughout the USA, are maintaining a strategic silence. It seems as if they all have many things to hide and feel threatened by that, they are willing to stay low and bide the time, till the public outcry against the allegations on Cuomo fizzles out slowly.

As a report in the American Conservative mentioned, What of Governor Gretchen Whitmer in Michigan, who implemented a similar nursing home policy, refused to provide accurate death toll data and now finds herself embroiled in a health department-related hush-money scandal? What of Governor Tom Wolf in Pennsylvania, who also signed a Cuomo-Esque nursing home order?

The facts are all lining up, taking down Cuomo suddenly can come at the cost of a large scale disaster, infighting among the Democrats and their establishment media among other sectors. Thus, Democrats are pursuing a careful strategy of slowly yet steadily destroying Cuomo, so that they can save other fellow democrats who have blood on their hands but have hid it better than Cuomo and remove any obstacle for Kamala Harris for the 2024 Presidential elections.