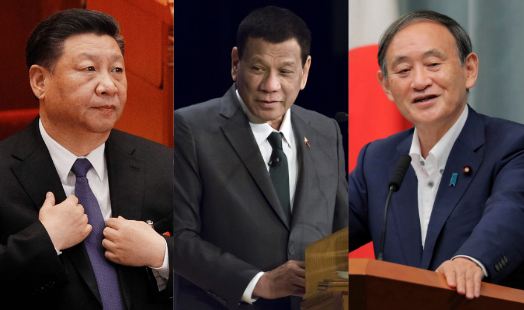 The Chinese Communist Party has made it a habit of bullying its neighbours. But it seems the patience of these neighbouring countries, faced with the perpetual bullying of Beijing, is running thin. The Philippine military has ordered more navy ships to be deployed for “sovereignty patrols” in the South China Sea, where a Chinese flotilla or a militia fleet has surrounded a disputed reef and ignored Manila’s demand to leave the area.

The Chinese government has a stand-alone tactic in the South China Sea for a long time, that is, to increase activity around a reef and gradually increase the intensity of claims over the area, then reclaim land and create China-owned artificial islands. The process has been repeated and the neighbouring countries have understood the Modus Operandi. This coupled with the support from Japan and the USA has emboldened the Philippines to stare back at China and tell it to back off.

Jay Tarriela, a lieutenant commander in the Philippine coastguard, said that the mass of ships which are China’s militia in the guise of a fleet of fishing boats near Whitsun Reef, could become “Scarborough Shoal 2.0” – a disputed territory that China seized control of in 2012. And since then, China has been using the same operational tactic to take over territories of its ASEAN neighbours in the South China Sea.

However, as Japan has stood overtly with the Philippines against Xi Jinping’s naval invasion in Manila’s Exclusive Economic Zone, Beijing has been rattled. All this time, China was able to browbeat the regional countries into compliance and gain control over their territories with less resistance. However, with the overt support from Japan, the Philippines has gathered enough courage to deploy its navy around the area where the Chinese flotilla is gathered.

As China finds its plans heading towards an obvious failure, it is throwing tantrums. China’s embassy in the Philippines has blamed “some external countries” for stoking tensions in the region, which is directed entirely towards Japan. China’s anger was directed entirely towards Japan as it responded to a Twitter remark by Japan’s ambassador to the Philippines Koshikawa Kazuhiko, who on Tuesday said his country “opposes any action that heightens tensions” in the South China Sea, and supports international efforts to keep the waters peaceful and open.

It is not a first, Japan has recently also signalled support for Taiwan. Tokyo has expressed that in case of any Chinese adventurism vis a vis Taiwan, Tokyo will provide a full-on military, as well as all other kinds of support to Taiwan. Japan’s Defense Minister Nobuo Kishi mentioned a recent increase in the number of Chinese warplanes crossing the Taiwan Strait’s median line and the need to research ways for the Japanese Self-Defense Troops to collaborate with US forces defending Taiwan in the event of Chinese aggression in an earlier meeting with the US Defense Secretary Lloyd Austin.

These developments not only confirm the entry of Japan as a major, independent player in the region, but also signals an entry of a Japan that is entirely focused on making sure that the Chinese designs in the region are thwarted and a free and open Indo-Pacific is maintained.

In addition to this, Joe Biden and his administration tried to change course vis a vis US foreign policy in the Indo-Pacific, it was the unrelenting and consistent pressure from Japan and other fellow Quad members which forced Biden to toe Trump’s policy. Now, with the Chinese Communist Party in no mood to ease the tensions, Japan has decided to overtly support countries that are being bullied by China and come in their defence.

The support of Japan has made the Philippines confident to stand for their sovereignty. This can be proved by the statement made by the Philippines military spokesman Major General Edgard Arevalo who said, “By the increased naval presence in the area, we seek to reassure our people of the Armed Forces of the Philippines’ strong and unwavering commitment to protect and defend them from harassment and ensure that they can enjoy their rights over the country’s rich fishing ground.”

These developments have rattled China and as Japan’s actions are countering any and every Chinese activity in the South China Sea and the East China Sea, China is not able to wrap its heads around these developments.