Even highways are racist now. Biden decides to stall a highway project in Texas because of race reasons 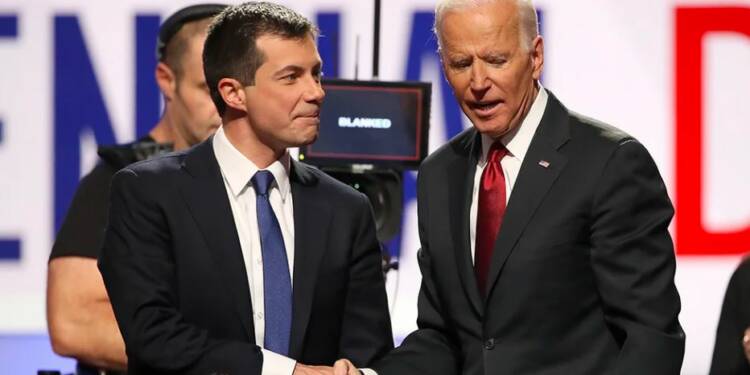 US President Joe Biden’s Department of Transportation is using the Civil Rights Act to halt a highway project near Houston, a rare step that could be a litmus test for the administration’s ability to use federal authority to resolve a long history of government-driven racial inequities.

The Biden administration has been pushing its left-leaning policies on the people unchecked and unfiltered. Radical policies on race, gender and immigration have seen Joe Biden’s disapproval rating rise rapidly. Now the decision from the Department of Transportation is another attempt by the Biden administration to push their politics of radical racial issues. Moreover, the project is based in Texas giving Biden and the Democrats another opportunity to punish the red states.

Local residents have complained that the state’s planned expansion of Interstate 45 would evict a predominantly Black and Hispanic population, including colleges, places of worship, and over 1,000 homes and businesses.

Transportation Secretary Pete Buttigieg made racial equality a top priority for his agency, after alleging that decades of federal highway funding has been used to level minority and low-income communities.

Rep. Sheila Jackson Lee, a Democrat representing the Houston area, who has joined local officials in challenging the project said, “I think this project is the poster child for [the administration’s] policies.”

While federal officials could eventually allow the project to go forward, the decision to halt it altogether, and in particular the Department of Transportation’s use of civil rights laws to support that decision, has boosted activists on the ground and shocked even the most experienced regulators in Washington.

“This is a big deal,” said Fred Wagner, an attorney who served as general counsel at FHWA for three years during the Obama administration. “It just doesn’t happen very often,” he added.

The initiative, dubbed the North Houston Highway Improvement Project, calls for widening I-45 into three parts. The project’s environmental assessment concluded in February, found that it would have a significant effect on the neighbourhoods it would pass through, displacing over 1,000 homes and housing units, 344 businesses, five places of worship, and two schools.

Local advocates claim that residents of Black and Hispanic descent are overwhelmingly represented in the neighbourhoods that would be affected.  According to Wagner, the Houston project is a test case for Buttigieg because it promises displacement and disenfranchisement, repeating the devastating historic highway building that Buttigieg has repeatedly cited.

“It’s going to be the first kind of test of the new administration to demonstrate how it’s going to apply its standards for more equitable transportation on a megaproject like this,” former FHWA counsel Wagner said.

The project has been in the works for years. So “for DOT to step in, potentially, and say ‘We don’t think it’s an appropriate solution,’ would be a really huge deal,” he added.

The fact that Texas is an “assignment territory,” one of seven assigned to act as a proxy for the federal government in implementing the National Environmental Policy Act, contributes to the situation’s uniqueness. In most states, the federal government will use the usual federal environmental assessment mechanism to raise concerns with disproportionate impacts. However, as an assignment territory, Texas has already completed the process, with the Record of Decision being finalised in February.

The fact that the project is being blocked in Texas reeks of a partisan agenda from the White House which has repeatedly used federal powers to hurt the red states. Moreover, Biden’s left-leaning agenda has been on a clear display since he assumed office. Since his first day in office, Biden has been pushing his party’s left-leaning policies and this just more of the same.