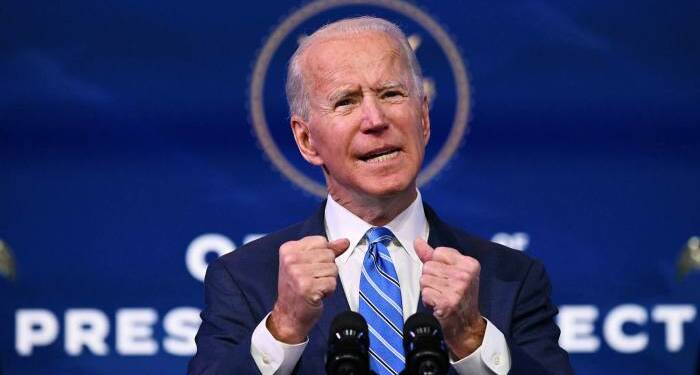 President Joe Biden is outraged with the ‘Election Integrity Act of 2021’ passed by the state of Georgia. The law, which is aimed at streamlining and codifying the election process in the state has been at the centre of a controversy since Republican Governor Brian Kemp signed it into law.

Liberals have been losing their minds over how elections can be made a fair game in America. Such is the heartburn being experienced by liberals and Democrats, that they are now calling for an economic boycott of the state of Georgia. What’s worse, the President of the United States is echoing such sentiments.

As opposed to his earlier claims of being a President who would work to ‘heal’ a country and its people who have been allegedly hurting for the past four years, Joe Biden has now resorted to vouching for an economic boycott of Georgia and its hardworking people.

Biden has now expressed support for the idea that the MLB All-Star game moves out of Atlanta in response to the new Georgia election law. This comes after Tony Clark, the executive director of the MLB Players Association said that he would “look forward to discussing” moving the July 13 game out of Georgia’s capital as a form of ‘economic punishment’ to the Republican state for daring to tinker with the rather unfair election process which continues to exist across America. What’s worse, Georgia must be prepared for an unprecedented onslaught here on, as Democrats gang up against the state.

During an interview with ESPN, Biden said, “I think that today’s professional athletes are acting incredibly responsibly. I would strongly support them doing that.”

Joe Biden and his party surely seem to be up in arms against Georgia’s new election formalisation law as it seeks to create a level playing field for all stakeholders – something which from the very word go is perceived as being ‘disadvantageous’ for Democrats.

Biden in ESPN interview says he would strongly support MLB relocating the all-star game from Atlanta over the Georgia law.pic.twitter.com/xGBzsFoD6e

The main point of contention for Biden, Democrats and their liberal cheerleaders remains the fact that according to the new law, identity cards would be required to be produced in case any individual wishes to cast an absentee ballot. Additionally, Democrats and their front organisations would also not be able to lure voters at the very end moment by offering them food and water when standing in queues outside polling stations.

According to the latest reforms in Georgia, the number of “drop boxes” in which people can place their absentee votes has been limited. The new law also shortens the time for runoffs in the state from nine weeks to four weeks, thus reducing the span of runoffs in Georgia. The latest reforms in Georgia will go a long way in ensuring free, fair and secure elections in the future. The law gives the state election board powers to take control of the election offices in 159 counties of the state if any anomalies, technical glitches or discrepancies are reported.

Despite the facts being available for all to see, Joe Biden has been persistently lying and spreading brazen fake news about the law and what it intends to do. The President had falsely insinuated earlier that the new Georgia law would deny people of colour their right to vote while comparing the new law to the Jim Crow laws, put in place in the 19th century to legalise racial segregation and disenfranchise Black citizens in America’s South. Most recently, however, Biden has gone on to overtake even his personal incredible ability to lie. Such has been the brazen display of imbecility on the part of the President, that no less than the Washington Post was forced to ‘fact-check’ the man.

In a news conference and in a written statement, Joe Biden propounded the lie that the new election law of Georgia was aimed at preventing the working-class from casting their ballots on election day, by ending the voting process at 5 pm in the afternoon.

Biden said, ““What I’m worried about is how un-American this whole initiative is. It’s sick. It’s sick … deciding that you’re going to end voting at five o’clock when working people are just getting off work.”

This is a blatant lie. What the law does is simply give counties the right to enable voting between 9 am to 5 pm. This, according to the new law, is a mandatory time frame for which voting must be kept open in all counties. However, most counties will keep voting open way past 5 pm, which according to experts, will negate the conditionality of the minimum voting period being between 9 am to 5 pm.

Democrats, mainstream media, the President and liberals are no novices when it comes to lying. In fact, the Washington Post had extravagantly reported three months ago that Trump had ‘pressurised’ Georgia election officials to find votes for him so that he could win the crucial state. Washington Post accused the former US President of meddling with election results and coercing investigation officials into somehow making him win the state.

However, last month, when the original conversation of Donald Trump and Georgia’s top election investigator, Frances Watson was released, it was found that Trump did not make the utterances he was accused of by America’s liberal media.

President Biden cannot give up lying. It is being used by the White House as a tool to validate his authoritarian style of governance. As opposed to ‘healing’ and ‘uniting’ America, Biden is unabashedly dividing the nation. It is unimaginable how a sitting President can echo demands of boycotting an American state, only for its political choices. Yet, in 2021, this is what the Presidency of the United States has been reduced to.