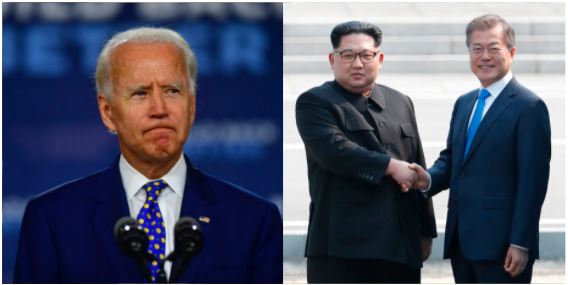 Good leaders are not concerned with petty political gain and prefer the general welfare of humanity as a whole. Though former US President Donald Trump made consistent attempts to reach an amicable settlement with North Korean leader Kim Jong-un through his ground-breaking peace talks, Joe Biden is following the Obama era policy of ‘no talk with evil regimes’. In the long term, though, this would be catastrophic for the region as a whole. This seems to be the reason why South Korea has adopted independent policy vis a vis North Korea in the face of the shift of the US foreign policy away from Trump’s foreign policy stance.

So, Seoul, South Korea’s capital, announced on Thursday that it has sent a request to the International Olympic Committee (IOC) to co-host the 2032 Olympics with Pyongyang, North Korea, in an attempt to keep its ambitions alive despite Brisbane being the front-runner. When asked whether Pyongyang had been informed of the initiative, a city official said the idea was a result of internal discussions and that the Unification Ministry, which is in charge of inter-Korean relations, will hold talks with Pyongyang. The suggestion, according to a Unification Ministry official, was made by the city to highlight the importance of the two nations hosting the gathering.

South Korea is reportedly even considering joining the Quad- an informal, anti-China alliance that presently comprises India, Japan, the US and Australia. The object of South Korea’s plans to join the Quad would put more pressure on Biden to follow Trump’s North Korea policy.

The latest development about Seoul’s plans to join ‘Quad-plus’ is coming from an op-ed published in The Hill. The op-ed has been written by Hwang Ji-hwan, a member of the South Korean President’s commission on policy planning, and his co-author Ramon Pacheco Pardo. The op-ed claimed, “The Moon government is even pondering whether to join a potential Quad+ to show its commitment to the U.S.-ROK alliance and, indirectly, influence Biden’s North Korea policy.”

Read more: South Korea is planning to join the anti-China Quad to put pressure on Biden to follow Trump’s policy

The recent policies of the Biden administration vis a vis North Korea are undoing all the progress South Korea had made during the Trump administration. The most shining example of the cataclysmic policy approach of the USA’s dealings regarding North Korea was seen recently. At the end of the 2+2 security talk with their South Korean counterparts, Secretary of State Antony Blinken urged China to convince North Korea to denuclearise and signalled the USA’s acceptance of North Korea heading into China’s corner.

Read more: Joe Biden officially hands over the key to North Korea to Xi Jinping, a policy blunder that will haunt the US forever

At their late-2018 summit in Pyongyang, South Korean President Moon Jae-in and North Korean leader Kim Jong-un decided to explore a joint Olympic bid. However, the ties deteriorated after Kim and then-US President Donald Trump refused to find an agreement on North Korea’s denuclearisation in 2019, despite Moon’s pledge to act as a mediator. Seoul city stated that the host has not been finalised and that the proposal was submitted with the view “Beyond the Line, Into the Future.”

In its statement, it said, “The city government conveyed its legitimacy and need to co-host the Olympics, stressing that it will realise the IOC’s vision of world peace through sports.”